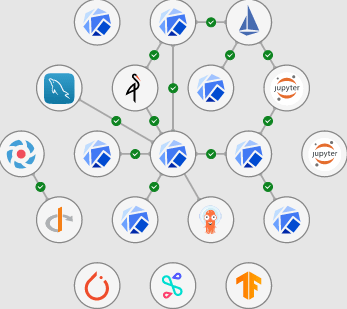 The team at Canonical, the provider of Ubuntu, today announced the release of the MLOps platform, Charmed Kubeflow 1.4. With this, data science teams are empowered to collaborate on AI/ML innovation from concept to production on any cloud.

The solution is free to use and can be deployed in any environment without constraints, paywall, or restrictive features. This release brings users a centralized, browser-based MLOps platform that runs effectively on any conformant Kubernetes.

Interested users can get started today using Juju. The full installation guide can be found here.

With the configuration of this plugin, the “Find Usage” capability in IntelliJ is enhanced. This brings developers the ability to see dependency data within current projects as well as across other CodeLogic-scanned apps.

“With CodeLogic, developers can see dependencies within and across applications, empowering them to make code changes with confidence, and know that their changes won’t impact other teams. The new plugin brings dependency intelligence to where developers are working, so they don’t interrupt flow to find it,” said Eric Minick, head of product at CodeLogic.

The Microsoft team today unveiled the first preview of the upcoming .NET Community Toolkit 8.0. The new features and bug fixes that come with this release were heavily influenced by past user feedback.

This preview release acts as the first from the new .NET Community Toolkit repository, the home for all future .NET libraries. The preview brings changes to commands, observable properties, viewmodle composition, and more.

Additionally, support for .NET 6 as a new target across all available libraries has been added with this release, bringing several improvements when operating on the newest .NET runtime. These include

For a full list of updates and bug fixes, see here.