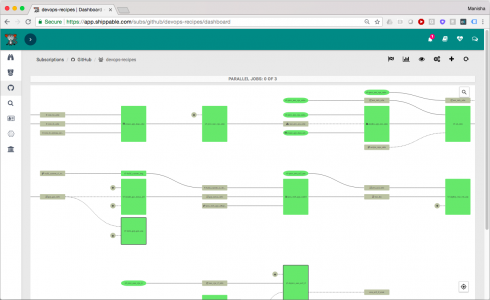 Shippable has announced it is collaborating with Arm and Packet to bring a continuous integration and delivery solution to Arm developers. Through the new partnership, Shippable will host the CI/CD solution and will leverage on-demand Arm-based machines from Packet’s cloud.

According to Shippable, as adoption and interest in Armv8-A architecture continues to grow, developers need a solution that doesn’t require resources or effort to set up and manage.

“Delivering quality software to market quickly is essential to realizing full edge to cloud potential,” said Jeff Underhill, director of open source enablement at Arm. “Through this collaboration with Shippable and Packet, we’re empowering developers with easy access to the CI/CD tools and infrastructure necessary to develop, test and deploy at scale with Arm-based solutions.”

“Wouldn’t it be great if instead of having to pull data out of Cloudability, put it in a spreadsheet, then paste data into separate Jira issues assigned to different teams responsible for managing cloud spend, we could just use a Jira Software app integrated with Cloudability?” Atlassian said in an announcement. “Your team should talk to Atlassian’s SaaS partnerships team about that. We (and a lot of your other customers) would use that app!”

NVIDIA announces new AI breakthrough
NVIDIA believes it has hit a huge milestone in artificial intelligence with its deep learning-based approach. Researchers from NVIDIA, Aalto University and MIT say they have developed a solution that can fix photos just by looking at examples of corrupted photos.

“Recent deep learning work in the field has focused on training a neural network to restore images by showing example pairs of noisy and clean images. The AI then learns how to make up the difference. This method differs because it only requires two input images with the noise or grain,” the company wrote in a blog post. “Without ever being shown what a noise-free image looks like, this AI can remove artifacts, noise, grain, and automatically enhance your photos.”

Other recent advancements to the emulator include quick boot, emulator snapshots and performance enhancements.

“Since the major revamp of the Android Emulator two years ago, we have focused on delivering a fast and feature-rich emulator to help you build great app experiences for users. Today, the Android Emulator is the top device deployed to from Android Studio — more than 2x over physical Android devices. We are humbled to hear from many of you that the Android Emulator has come a long way, but we are not done yet,” Jamal Eason, product manager for Android, wrote in a post.