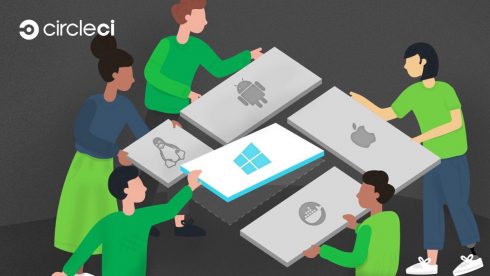 According to the company, this will enable developers to run jobs across multiple platforms on a single workflow with Windows. The support joins CircleCI’s other set of supported execution environments such as Linux, Docker and macOS. The Windows jobs are VM-based and provide complete build isolation and each new job uses a clean environment, which then gets destroyed once the job finishes running, CircleCI explained.

“For the last few years, we have received an influx of interest from customers to build projects on Windows. We are excited to engage with the Microsoft ecosystem and help those using Windows, Azure, .NET, and other technologies from the Microsoft stack deliver software faster,” said Rob Zuber, chief technology officer for CircleCI.

In addition, the compiler has been updated to version 2.0, which “enables users to take an already-trained floating-point model and fully quantize it to only use 8-bit signed integers,” the company explained.

The Edge TPU Python library now has version 2.11.1 to include new APIs for transfer leaning on Coral products. Now users can accelerate their model on the Edge TPU when using the TensorFLow Lite interpreter API.

Google partners with Arm to improve Android security
Google is teaming up with Arm to design a memory tagging extension (MTE) for Android.

MTE is a memory bug scanning tool that aims to help track and detect memory and security flaws, according to the companies. The hardware feature is designed to detect the two main types of memory safety: spatial and temporal, with no instrumentation.

“MTE is beneficial to security because it locates memory safety vulnerabilities before and after deployment. It is designed to quickly detect memory safety violations and provide robustness against the attacks that are attempting to subvert code,” Steve Bannister, technical director of mobile at Arm, wrote in a post.

Enhancements include feature engineering for text data, deep learning capability in AutoML and more flexible and secure Hadoop deployment, according to the company.

“One of the most exciting enhancements in the update is the ability to automatically generate features from text data in combination with other types of data sources. This new feature unlocks the tremendous value of in-house business text data owned by many enterprises,” said Ryohei Fujimaki, Ph.D., founder, and CEO of dotData.

“Knowledge gained from open source software helps developers write clean and secure code in a fraction of the time that it would normally take,” said Boris Paskalev, CEO and co-founder of DeepCode.