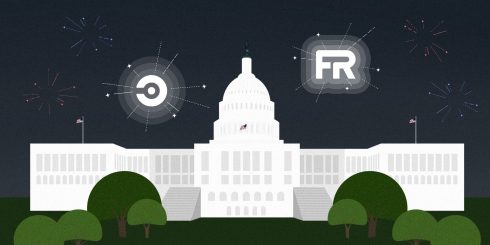 CircleCI has been authorized by FedRAMP, the federal government’s program for assessing technology vendors. According to the company, it is the first CI/CD tool that has met the program’s standards.

This authorization will provide government developers with the same competitive advantage available to the private sector, while still ensuring the security and privacy controls needed by federal agencies.

“The White House Office of Management and Budget developed FedRAMP in early 2010 as a way to standardize the security vetting process for the shift to cloud-first initiatives. Prior to that, each agency had its own standards and guidelines which created difficult and long timelines for teams to get access to technology,” Jim Rose, CEO of CircleCI, wrote in a post.

JetBrains makes several Kotlin announcements
JetBrains made several new announcements about Kotlin during the keynote at KotlinConf 2018 today. Kotlin is the company’s JVM-based programming language that is interoperable with Java. Language updates include that Kotlin 1.3 is now a release candidate, coroutines are no longer experimental, and Kotlin/Native is now in beta.

JetBrains also announced that along with Google, they have created the Kotlin Foundation, which was originally announced at Google I/O last year. They have also revamped the Kotlin playground, which lets developers try out and learn Kotlin. The playground now has a new section called “Kotlin by Example.”

Google broadens its support for PyTorch
In support of the PyTorch 1.0 Preview release, Google has announced that it is broadening support for the deep learning framework throughout Google Cloud’s AI platforms and services. As part of the 1.0 Preview, PyTorch now supports a fully hybrid Python and C/C++ front-end.

The company has released a new VM image that contains the preview to help developers get it set up easily. Google partnered with NVIDIA in order to extend the TensorRT package in Kubeflow to support PyTorch models as well. The company is also working with PyTorch developers to bring PyTorch to Cloud TPUs. Engineers have created a prototype that connects PyTorch to Cloud TPUs via XLA, which is an open-source linear algebra compiler.

“To date, large organizations have relied on automated scanning to address risk in a DevOps environment which often results in the accidental deployment of applications with unmitigated risk and only captures 40 percent of an application’s potential risk,” said Ehsan Foroughi, VP of product at Security Compass. “The SD Elements’ Jenkins plugin enables DevOps teams to move from highly manual security and risk-phase gates, to a more automated and accurate approach that doesn’t slow down development.”