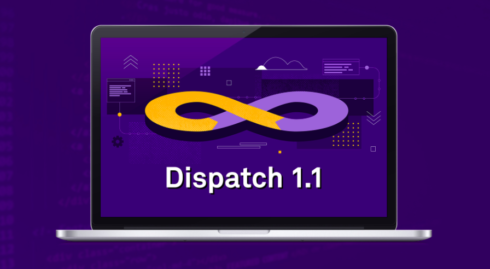 D2iQ has announced the release of Dispatch 1.1. Dispatch is a cloud-native CI/CD solution for enterprise-grade GitOps. This version is designed to accelerate the CI/CD pipeline, enhance developer agility and improve collaboration in building pipelines.

The solution’s multi-language declarative pipeline model enables developers to leverage open source and CNCF projects, such as Tekton and ArgoCD, to efficiently build their CI pipelines.

“The launch of Drupal 9 beta in March 2020 came at a critical time as organizations look to embrace digital transformation, and tap open source technology to do more with less,” the company wrote in a post.

The Migration Accelerator tool will automate aspects of the conversion, provide recommendations on data migration, and identify areas to choose comparable Drupal 9 modules.

Advanced Bot Protection is designed to defend mission-critical websites, mobile apps, and APIs from automated threats without affecting the flow of business-critical traffic through next-generation code obfuscation, ease of deployment, and latency reduction.

Automator can run more than 160 tests for SEO in multiple pre-production and QA environments and flag any critical issues that the new release may potentially cause.

“Especially during this time when brands’ online presence is so critical, Automator can be implemented to reduce the risks associated with a decline in rankings due to code changes which can disrupt overall site performance,” said Michal Magdziarz, the CEO of DeepCrawl.

Applitools Announces A/B Testing Support and Slack Integration
Applitools Eyes now offers customers the ability to A/B test up to 20 variations of dynamic content to collaborate via Slack or email.

With Applitools Eyes and its new A/B Testing feature, developers and QA professionals can automatically test multiple variations with a single line of code instead of writing complicated testing scripts that cover all the potential options.

Also, users can now integrate the visual test results from Applitools Eyes into any Slack channel in order to share and notify any bug immediately after being detected.