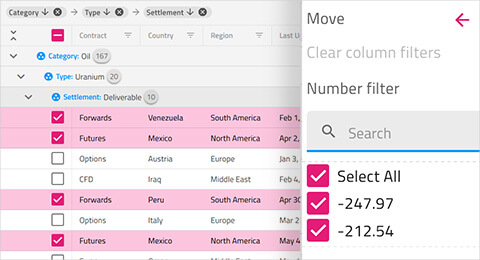 The new release includes additions such as updates to all of the Angular grids, export to Excel, accessibility/ARIA, and more across all of the controls in its enterprise-grade toolkit.

“We’ve been optimizing our Ignite UI Components for Angular regularly this year in anticipation of the release of Angular 11,” said Jason Beres, the senior vice president of developer tools at Infragistics. “The increased frequency of our releases is part of our larger commitment to modeling the rapid release and development culture we see as critical to thriving in the current market landscape.”

Buildkite expands GitHub integration
The new Buildkite app is installed with a single click and while using the newest GitHub APIs, developers can manage access in one central location for your organization, without needing to rely on user-level tokens or permissions.

“Buildkite’s unique hybrid cloud model for agents, support for parallelism, and deep support for custom workflows make it ideally-suited for larger teams who are starting to outgrow their existing CI/CD tooling,” Buildkite wrote in a blog post.

When creating or updating a pipeline in Buildkite, users can now browse the list of repositories from their connected GitHub accounts and organizations, streamlining the path from code to build.

Rust 1.48 released
In the new language update, the “unsafe” keyword is now syntactically permitted on modules. This is still rejected semantically, but can now be parsed by procedural macros.

The stabilized -C link-self-contained=<yes|no> compiler flag, tells rustc whether to link its own C runtime and libraries or to rely on an external linker to find them. (Supported only on windows-gnu, linux-musl, and wasi platforms.)

The full list of details on the new release is available here.

“Thanks to the new beta program, participants will get early access to brand new products and have the opportunity to provide feedback on the latest features for existing products. Developers can also customize what types of betas they would like to opt into so they can focus on products most relevant to their business,” Accusoft wrote in a announcement.

By signing up for the beta program now, developers can participate in the active beta for PrizmDoc Forms integration, which will allow them to repurpose (or use) their PDF forms to easily create, customize, and deploy as web forms anywhere.

GitHub Archive Program updates
GitHub announced that it is storing important open-source projects in four locations in addition to the Arctic Code Vault, which is an archive in the Arctic World Archive in Svalbard, Norway, built to last a thousand years.

GitHub will store these “Greatest Hits” of the most popular and depended on open-source repositories on GitHub in the Bodleian Library at Oxford University in England, the Bibliotheca Alexandrina (a.k.a. the Library of Alexandria, Egypt), and the Stanford Libraries in California.

Each donation consists of two reels of hardened microfilm, like those in the GitHub Arctic Code Vault, enclosed in art cases featuring 3D-printed and AI-generated artwork.