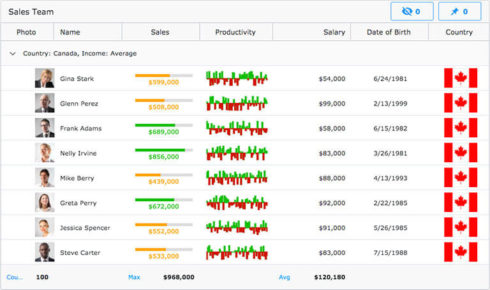 Infragistics announced the release of Ignite UI for React, and Ignite UI for web components. The new releases   include new features to the Ignite UI Data Grid and one new preview component.

The component includes cell editing in the data grid, which enables the user to edit the data presented to them in a web application, cell batch editing, ComboBox column, and more.

“Ignite UI for Web Components is a complete library of UI components, giving developers the ability to build modern web applications using encapsulation and the concept of reusable components in a dependency-free approach,” Infragistics wrote in a post.

It brings new capabilities such as single-file applications, performance improvements (like 20% faster JSON serialization), web and cloud investments, ARM64 support, and much more.

“These enhancements increase the breadth of data and the scope of the cloud ecosystem encompassed in PurePath distributed traces, providing DevOps, CloudOps, and cloud application teams deep, automatic, and intelligent observability at scale for the most advanced cloud environments,” Dynatrace wrote in a post.

Dynatrace has unified PurePath 4 with its auto-discovery and continuous instrumentation technology, OneAgent, and its continuous topology mapping technology, Smartscape.

“We believe democratization of automation is at the forefront of any successful digital transformation strategy. While the concept of end-users creating their own solutions might not be new, organizations understanding the potential impact of seamless robotics-based automation with more powerful low-code tools is,” said Param Kahlon, UiPath’s chief product officer.

The company has also introduced a new UiPath Data Service that allows users to model and store business data directly in the UiPath Platform for easy access from the UiPath suite of products, including UiPath Apps.