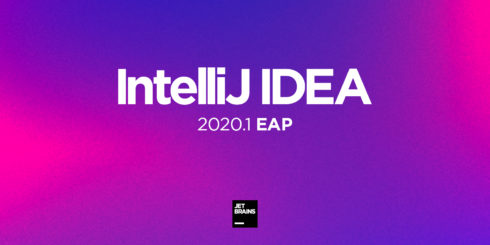 JetBrains has announced that it is opening the Early Access Program for the next major release of IntelliJ IDEA v2020.1.

With IntelliJ IDEA 2020.1, users can download JDK from the IDE, which will automatically download and set up the chosen Java version. It also includes support for Java 14, an editor for quick type definition and UI improvements, the team explained.

Elixir 1.10 released
Elixir 1.10 has been released with improvements to the standard library, the compiler and several additions to the mix release feature added in v1.9.

Compiler tracing has been introduced in Elixir v1.10, which allows developers to listen to events as they are emitted by the compiler.

Other enhancements include sigil support for third-party calendars, as well as the additions of DateTime.now!/2, DateTime.shift_zone!/3, and NaiveDateTime.local_now/0.

JUnit 5.6 released with overall improvements to the testing framework
The JUnit 5.6 test framework has been released with Gradle Module Metadata, OSGi metadata and Javadoc.