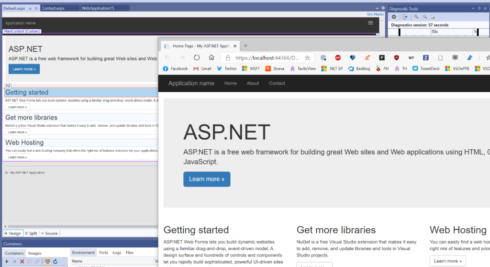 “As we looked at some of the web trends and talked with customers in our user research labs we wanted to adapt to that philosophy that the best representation of your UI, data, state, etc. is your actual running app,” Tim Heuer, program manager for .NET, wrote in a blog post.

The extension works with Chromium-based browsers such as the latest Microsoft Edge and Google Chrome browsers.

Billing Library version 3 unlocks the ability for users to discover and purchase items outside of an app, such as across the Play store and provides a way to specify attribution information of an app developer when launching the purchase flow.

OpenAI’s API for accessing new AI models
The API today provides a general-purpose “text in, text out” interface that allows users to try it on virtually any English language task.

Given any text prompt, the API will return a text completion, attempting to match the pattern a user gave it. It also allows users to hone performance on specific tasks by training on a dataset of examples that are provided by learning from human feedback provided by users or labelers.

“We hope that the API will greatly lower the barrier to producing beneficial AI-powered products, resulting in tools and services that are hard to imagine today,” OpenAPI wrote in a blog post.

YugabyteDB Community Update
Yugabyte stated that it is committed to open source and that it recently crossed the “100 contributors” milestone on GitHub.

It also announced its Community Heroes program to recognize and reward the most active community members for their contributions and achievements.