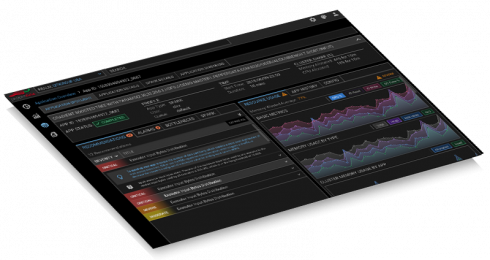 Pepperdata has announced that it is now offering a free version of its Application Spotlight APM solution. The free version can be used in a single cluster of up to 20 nodes. According to Pepperdata, the solution enables developers to quickly identify and solve issues.

“This free offering gives developers a powerful introduction to the robust capabilities of Pepperdata,” said Ash Munshi, Pepperdata CEO. “Application Spotlight gives them self-service access to all the data on their applications in one place so they can determine whether performance issues were caused by their application or other applications running on the cluster.”

Alibaba joins forces with data Artisans
Data Artisans has announced a new collaboration with Alibaba. Together, the two companies will work to accelerate open-source Big Data technologies. According to the company, Alibaba will continue to contribute to data Artisans’ Apache Flink project.

“Together with Alibaba, we can enhance our efforts and technology to new horizons by investing even more to open source. We can expand to new areas that we have not explored in the past and make sure that Flink becomes a more valuable data processing framework for the modern data-driven, real-time enterprise,” data Artisans wrote in a post.

Since launching Firefox Reality a few months ago, Mozilla has introduced several new features based on user feedback. In 2019, it plans to continue improving the product and prove its commitment to the product and its users.

MOSS’s 2018 achievements
After what Mozilla is reflecting as a successful 2018, the company is showcasing some of its achievements from the Mozilla Open Source Support (MOSS) program of the last year. It granted monetary awards to projects such as Secure Drop, Tor, the Processing Foundation, and Dat. It also granted seed awards to 14 projects after a “MOSS Speed Dating” event for projects at its Mozilla Festival in London.

In 2019, the company hopes to continue widening the applicant pool for MOSS and support projects from maintainers all around the world.