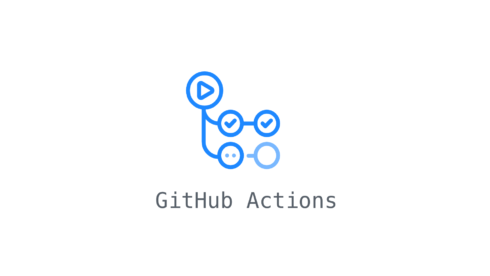 Red Hat has announced it would be expanding its partnership with GitHub and adding Red Hat GitHub Actions to the GitHub Marketplace. According to the company, this will bring GitHub’s DevOps, CI/CD and developer workflow automation tools to Red Hat OpenShift and enhance developers’ user experience.

“GitHub Actions puts automation directly in the developer path, making it possible for nearly any event in a GitHub repository, like a pull-request or issue comment, to trigger workflows that can build and deploy applications across an IT environment and automate nearly any process in the software lifecycle,” Red Hat stated in its announcement..

In addition, users will be able tostandardize and scale the use of open, standardized developer toolchain components such as Quay, Buildah, or Source-to-Image (s2i).

Rails 6.1 released
Rails 6.1 adds support for destroying associations in jobs instead of in-memory, turning errors into objects, and more.

“The features in this release focus on adding the functionality you need to keep your application up and running for years to come,” the development team explained in a blog post.

Other features include the ability to switch connections per-database, support for strict loading associations, and “Delegated Types” as an alternative to single-table inheritance.

Also, Visual Studio has been updated to configure IntelliSense in CMake projects “based on the value of CMake variables set by toolchain files,” which will improve IntelliSense for Android and embedded scenarios, Widdis explained.

More details on all of the new and updated features in this version are available here.

Postman and AsyncAPI team up on the future of APIs
Postman is partnering with AsyncAPI to ensure the  initiative for standardizing message-driven APIs continues to grow. According to the company, the partnership willevolve the AsyncAPI specification, and develop the open-source tooling for the next generation of APIs.

“AsyncAPI is a “sister” specification to OpenAPI: it uses the same base syntax to describe information for an API and adopt JSON schema for modeling the objects published and subscribed. Over the last of couple years, OpenAPI has played a central role in the design and development of REST APIs on the Postman platform, so adopting AsyncAPI to further support the future of API development on the Postman platform made a lot of sense to us,” Abhinav Asthana, CEO and co-founder at Postman, wrote in a post.

In addition, the AsyncAPI team plans to putthe specification into a foundation early next year so it can continue to support the growth of its community. Additional details are available here.

Amadeus tackles traveling demand with Couchbase
Amadeus is extending its partnership with Couchbase in an effort to scale its services, utilize a cloud-native database and quickly deploy applications.

“The ability to develop new travel applications and functionality quickly, whilst ensuring those that our customers already rely on continue operating at peak effectiveness, is critical. Couchbase’s database makes it much simpler for our engineers to focus on what they do best: solving our customers’ business challenges – all the while improving collaboration with partners and developers,” said Sylvain Roy, the senior vice president of technology platforms and engineering at Amadeus.