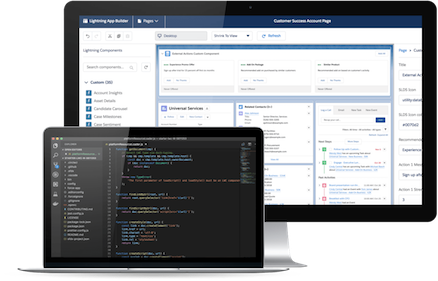 Salesforce has announced Lightning Web Components, which is a programming model for the Lightning Platform. According to Salesforce, the model will give developers reusable building blocks for creating Lightning apps and experiences.

“We are constantly working and looking for ways to help our customers build faster, innovate and deliver new products to their customers and employees,” said Mike Rosenbaum, EVP of Product, Salesforce. “With Lightning Web Components, we are giving developers a standards-driven JavaScript model for building enterprise apps on Lightning. Every time we release a new platform capability we see an acceleration of innovation in our 150,000 customer base, and we are excited to see what our community of developers will do with Lightning Web Components.”

“The Delhi release includes the initial system management capability, the next wave of security features, and offers the opportunity to select the database of choice,” said Keith Steele, EdgeX Foundry chair of the technical steering committee and CEO of IOTech. “It saves the developer time and resources and now offers the opportunity for them to use EdgeX in lightweight devices.”

According to GitHub, the new projects will allow developers to better communicate visually, file bugs, plan out projects, and document systems. The four new projects include RunKit, LeanBoard, CloudApp, and Lucidchart.