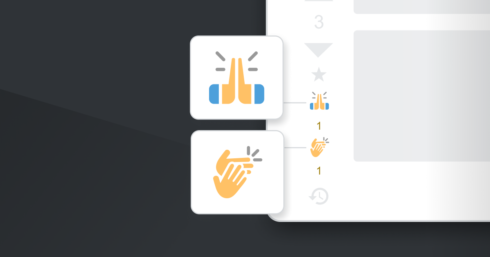 Stack Overflow has announced that it is testing a new Reactions feature. The new feature includes a button on answers across Stack Overflow to provide a simple way to say “thanks.”

“We’ve heard from our users that the inability to say “thank you” is frustrating—especially for new users who don’t have enough reputation to upvote or comment. Even when users gain these privileges, they still want to say ‘thanks,’” Stack Overflow wrote in a post.

The company said they hope this addition reduces friction for users whose comments are deleted, reduces burden on moderators, and minimizes the time active users spend on flagging and deleting comments.

GPU compute support spans support for NVIDIA CUDA, which will help enable professionals to use their local Windows machines for inner-loop development and experimentation, according to Microsoft.

With the new WSL update, the Linux kernel that is used by WSL 2 distros is now being delivered via Microsoft Update.

With simplified grid row and column definitions, users no longer have to specify each column and row definition separately.

The addition of multi-binding allows users to connect a target property to a list of source properties and then apply logic to produce a value with the inputs specified.

New Google Assistant tools
The new tools include the Actions Builder and Actions SDK that will help developers build custom voice apps and services, according to Google.

Actions Builder is a web-based IDE that lets you develop, test, and deploy directly in the Actions console.