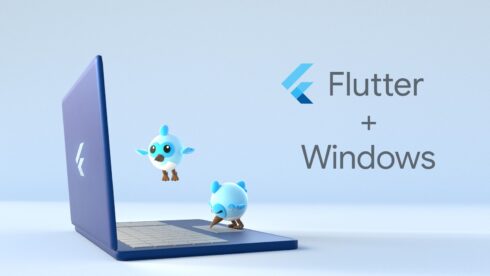 The team at Google recently announced the first production release of Flutter support for Windows as an app target. This comes as an expansion to Flutter, the cross-platform UI development kit, enabling Windows developers to experience the same productivity benefits as mobile developers.

With this, Flutter has been tailored specifically for Windows applications, combining a Dart framework and C++ engine. Additionally, the Flutter engine is hosted on an embedded layer that allows for communication between Windows and Flutter.

Flutter coordinates with Windows to deal with things such as window resizing and DPI changes, as well as working with inputs such as keyboard and mouse, in addition to touch screen capabilities already built in.

Python in VS Code February 2022 release

With Smart selection via Pylance, selecting Python Code using the keyboard requires fewer key presses. This comes as a highly requested update, defining the users’ selection range by considering their own code structure and heuristics.

Developers are also enabled to expand their code selection with Shift+Alt+Right Arrow and shrink it with Shift+Alt+Left Arrow. See here for more information.

For the week ending on February 4, 2022, 303 Apache Committers altered 9,625,849 lines of code over 3,255 commits. The top five contributors of the week are Jean-Baptiste Onofré, Claus Ibsen, Sebastian Bazley, Guillaume Nodet, and Eric Milles.

There have also been several project updates, including the retirement of Apache Ambari and Apache Usergrid. This decision came from Apache committers and was due to general inactivity.

In addition, users of Apache Superset up to and including 1.3.2 should upgrade to version 1.4.0 or higher as a password leak has been detected for authenticated users. This leak was found and reported by Cesar Santos.