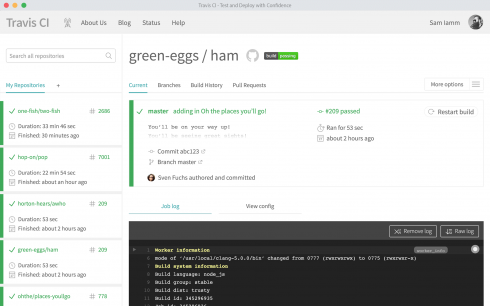 Travis CI has been acquired by software productivity tools provider Idera. According to Travis CI, it will continue to offer its services to hosted and on-prem users, with the acquisition enabling it to invest in product improvements.

It will also continue to be open-source and will keep building features for members of the open-source community.

New features in this version include support for the latest Azure Datalake Gen2 Storage, an enhanced S3A connector with better resilience to throttled AWS S3 and DynamoDB IO, and node attributes support in YARN. A complete list of features can be found here.

“This latest release unlocks the powerful feature set the Apache Hadoop community has been working on for more than nine months,” said Vinod Kumar Vavilapalli, vice president of Apache Hadoop. “It further diversifies the platform by building on the cloud connector enhancements from Apache Hadoop 3.0.0 and opening it up for deep learning use-cases and long-running apps.”

Other new features include the ability to run Gradle tasks in parallel, the ability to build multiplatform projects using Gradle Kotlin DSL, improvements to inline classes, and a separate command line tool for Kapt.

“We are seeing more and more data scientists and data science teams who are responsible for deploying their machine learning projects into production,” said Sivan Metzger, CEO of ParallelM. “Data Scientists are hands-on people, so we wanted to provide products that can solve the deployment problem for individuals and teams that would allow them to start working right away.”