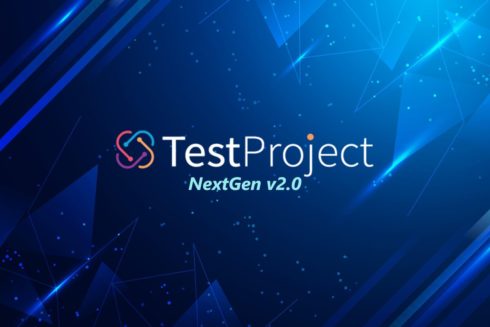 The new version of Tricentis TestProject supports both hybrid cloud and offline options, which enables testing teams to securely automate web, Android, and iOS applications, and to deliver products at speed without limitations.

Version 2.0 enables users to save tests and reports on TestProject’s secure hybrid cloud and to benefit from zero server maintenance, end-to-end test creation, a collaborative testing repository, friendly dashboards and more, the company explained. Users can also save tests as local files directly on their machines with no cloud footprint and get a completely offline experience.

“TestProject now aligns its free test automation platform to today’s various industry standards, accommodating its powerful capabilities for all and providing users the freedom to choose the option that works best for their organization’s restrictions,” TestProject stated in an announcement.

Users can search their files or view job results alongside the Jupyter notebook they are working on in IBM Quantum Lab.

Meanwhile in IBM Quantum Composer, users can design and visualize circuits and the tool has an updated Setup and Run interface.

Sonatype acquires MuseDev
Sonatype announced that it is acquiring MuseDev, a startup that was incubated by Galois, Inc.

MuseDev can install into any source control repo, automatically begin to analyze pull requests, and provide developers with accurate and actionable feedback.

Netlify announces Next.js integration
The integration enables users to install Next.js applications with zero configuration while having them fully integrated with the Netlify developer experience.

This opens up many features for enterprise teams including role-based access, SAML single sign-on, two-factor authentication, integration with self-hosted GitLab and GitHub, and SOC 2 Type 2 attestation, the company explained.

Netlify also announced that it is developing a solution to effectively handle Incremental Static Regeneration (ISR) in Next.js.

Docker announces new funding to help it focus on developers
Docker raised $23 million to capitalize on the accelerating demand for modern apps and to increase developer velocity. This round brings Docker’s total funding to $58 million.

“In the past year, applications have become paramount to not only all modern businesses but also as the primary means to connect society, all of which has greatly accelerated the need for developer velocity,” said Scott Johnston, the CEO of Docker. “This new investment, combined with our user and ARR growth momentum, validates Docker’s mission of helping developers and development teams bring their ideas to life by conquering the complexity of app development.”