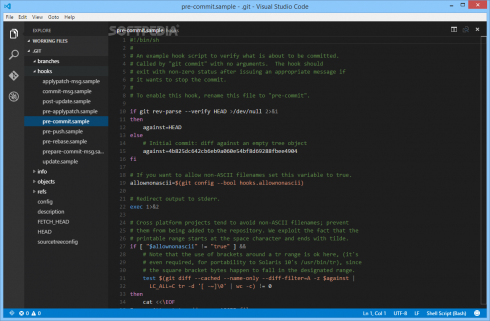 Some of the key highlights include the ability to keep letter casing across multi-file search/replace; to check min, max, enum values and glob patterns; quick navigation features; and links to MDN documentation directly from IntelliSense.

The full details on each of the updates and new features are available here.

“Your team’s builds, source code, and build artifacts are not at risk from this incident. Because the attacker was not able to access any production data or any data related to authentication on CircleCI, your team should be able to continue to access and use our platform as usual.  Affected users do not need to update passwords or invalidate auth tokens due to this incident as these were not compromised,” CircleCI wrote in a post.

CircleCI said that the incident affects customers who accessed the platform between June 30the and August 31st, who will be contacted. The company said the threat was contained and is investigating for further details.

“Differential privacy is a high-assurance, analytic means of ensuring that use cases like this are addressed in a privacy-preserving manner,” Google wrote in a post that outlined the new feature.

Today, Google said it is rolling out the open-source variant and that it is focusing on features that are difficult to execute from scratch, like automatically calculating bounds on user contributions.

“This acquisition allows Acquia to continue simplifying the way organizations of all sizes build, style, and design websites,” said Dries Buytaert, Acquia co-founder, CTO, and chairman. “Using Cohesion DX8 will be a complete game-changer for many; it will enable organizations to launch Drupal websites much faster, while still offering unprecedented creative freedom, brand consistency, and governance for digital marketers and content authors.”

According to Acquia, companies can now create scalable websites from scratch on Drupal in a fraction of the time that it would take during traditional development. The software lets users create and modify sites, layouts, and templates using an intuitive drag-and-drop interface.

Redgate SQL Monitor 9.1
Redgate launched SQL Monitor 9.1, adding an expanded API to fine-tune alerting through Microsoft Powershell and a new permissions table that provides an instant overview of who has access to specific servers and databases.

The updates address the importance of databases to business performance, ensuring their seamless operation is vital for organizations as well as meeting stringent data compliance regulations, according to Redgate.