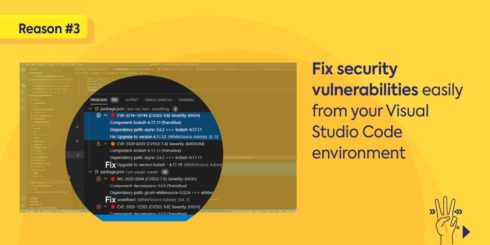 WhiteSource has announced it will now integrate with Microsoft Visual Studio Code Editor. According to the company, the integration gives Visual Studio Code developers visibility and security alerts on problematic open-source components while continuing to develop within their preferred development environment.

“Integrating security testing pre-build allows issues to be detected earlier when they are easier and quicker to fix. With this integration, WhiteSource gives developers the information they need, when they need it, in their own environment,” WhiteSource wrote in a announcement.

Specifically, the guide will cover the discovery of Shadow IT to ensure that appropriate in-app permissions are enforced, gating access based on real-time analytics, monitoring for abnormal behavior based on real-time UEBA, controlling user interactions with data, and assessing the cloud security posture of an organization.

Google’s guide on setting up OAuth 2.0 flows
Google released a guide to help developers set up OAuth 2.0 in supported user-agents,and to inform developers how to enable sign-in on their framework-based apps and how to test for compatibility.

This comes after Google announced that all embedded frameworks will be blocked on January 4th, 2021 to protect users from “man-in-the-middle” attacks.

Google recommends using browser-based OAuth 2.0 flows for app developers that use CEF or other clients for authorization on devices.

The model will help organization determine the level of security needed for their business.

Apache OpenMeetings 5.0.0-M4 provides WebRTC audio/video/screen-sharing in the Room. Also, flash plugin is no longer required in the browser and Java 11 is required.

The full roundup is available here.