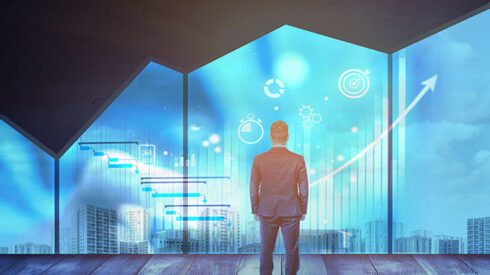 In 2019, most business leaders probably wouldn’t have predicted the changes that would be coming their way in early 2020 thanks to a global pandemic. If they had, perhaps they would have been able to make decisions more proactively and wouldn’t have had to scramble to convert their workforce to remote, digitize all their experiences, and deal with an economic downturn.

Now, the country is in another period of uncertainty. You’ve read the headlines all year: The Great Resignation, layoffs, a possible recession, Elon Musk’s takeover of Twitter shaking up marketing spending, introductions of things like GitHub Copilot and ChatGPT having workers worrying about their future job security, and more. The list could go on and on, but one thing that would help people through these times is knowing they’ll make it out okay on the other end.

Unfortunately that level of predictability isn’t always possible in the real world, but in the business world, value stream management can help you with it.

According to Lance Knight, president and COO of ConnectALL, the information you can get from value stream management can help you with predictability. This includes things like understanding how information flows and how you get work done.

“You can’t really be predictable until you understand how things are getting done,” said Knight.

He also claimed that predictability is a more important outcome of value stream management than the actual delivery of value, simply because of the fact that “you can’t deliver value unless you have a predictable system.”

Derek Holt, general manager of Intelligent DevOps at Digital.ai, agreed, adding “If we can democratize the data internally, we can not only get a better view, but we can start to use things like machine learning to predict the future. Like, how do we not just show flow metrics, but how do we find areas for flow acceleration? Not just what are our quality metrics, but how do we drive quality improvement? A big one we’re seeing right now is predicting risk and changing risk. How do you predict that before it happens?”

Knight also said that a value stream is only as effective as the information that you feed into it, so you really need to amplify feedback loops, remove non-value-added activities and add automation. Then once your value stream is optimized, you can realize the benefit of predictability.

If you’ve already been working with value streams for a while then it may be time to make sure all those pieces are running smoothly and look for areas where there is waste that can be removed.

Knight also explained the importance of embracing the “holistic part” in value stream management. What he means by this is not just thinking about metrics, but thinking about how you can train people to understand Lean principles so that they can understand how the way they develop software will meet their digital transformation needs.

Of course, all that is easier said than done. There are still challenges that companies face after adopting value stream management to actually get to the maturity level where they gain that predictability.

Knight wants us to remember that value stream management isn’t anything new; It can trace its origins back to Lean Manufacturing created by Toyota in the 1950s in Japan.

And ultimately, value is just the delivery of goods and services. Putting any other definition on it is just the industry being confused, Knight believes.

“So people who are trying to implement value streams are getting mixed messages, and that’s the number one challenge with value stream management,” said Knight.

Digital.ai’s Holt explained that another challenge, especially for those just getting started, is getting overwhelmed.

“Don’t be paralyzed by how big it seems,” said Holt. He recommends companies have early conversations acknowledging that they might get things wrong, and just get started.

Where has value stream been? Where is it headed?

In our last Buyer’s Guide on value stream management, the theme was that it aligns business and IT.

Holt has seen in the past year that companies are adopting mentalities that are less about that alignment. Now the focus is that software is the business and the business is software.

In this new mentality, metrics have become crucial, so it’s important to have a value stream management system in place that actually enables you to track certain metrics.

Holt also noted that in Digital.ai’s recently published 16th annual State of Agile report, around 40% of respondents had adopted one of these approaches, and that was significantly up from the previous year.

He went on to explain that companies investing in value stream management want to be sure that their investments are actually paying off, especially in the current economic climate.

So value stream management will continue to build on the successes of the past, while also layering in new trends like low code, explained Holt.