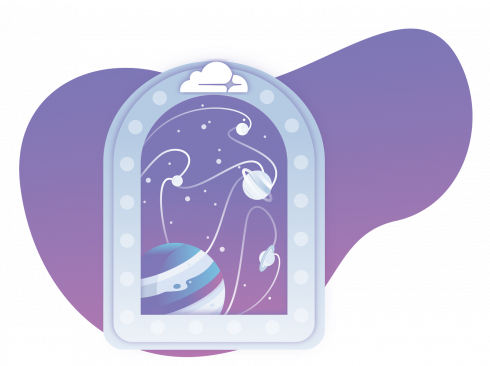 According to Cloudflare, the downside to the current centralized web system is that it makes it impossible to keep content online if the content’s origin server goes down, such as in the case of natural disasters or if the site owner removes the content.

The company is hoping that the IPFS will change that. IPFS is a peer-to-peer file system that runs on thousands of computers globally. Each of those computers store files on behalf of the network. To date, over 5 million files have already been uploaded to IPFS, Cloudflare stated.

Anyone can install IPFS on their computer, making it a node of the network, but the IPFS Gateway is there for those that just want to access IPFS content without joining the network. According to Cloudflare, IPFS gateways are third-party nodes that fetch content and serve it to the end user via HTTPS.

By leveraging the gateway, users can access the billions of files stored on IPFS as well as build a website hosted entirely on IPFS. The site will still have a custom domain name and an SSL certificate from Cloudflare for security.

According to the company, there are two key differences between IPFS and the web as we know it today.

First, with IPFS, anyone can cache and serve content, rather than relying on big hosting providers to do so. In a centralized system, those looking to set up a website have to pay one of those providers to do that, but with IPFS anyone can sign up to be a node in the system and start serving data.

“It doesn’t matter if you’re working on a Raspberry Pi or running the world’s biggest server. You can still be a productive node in the system,” wrote the Cloudflare team in a post.

Second, data is content-addressed instead of location-addressed, meaning that every single block of stored data is addressed by a cryptographic hash of the contents. When a user wants to access a piece of data in IPFS, they request it by its hash. Currently, when users want to access information they request it be specifying an IP address where that data is stored.

This makes the network more resilient as the same content could be stored on dozens of nodes so that if one node goes down it will not matter overall. It also introduces an automatic level of security, with the hash acting as a unique fingerprint for the file. If the data is changed at all in transit, the hash will also change, which would inform the recipient that the content was tampered with.

“IPFS is only one of a family of technologies that are embracing a new, decentralized vision of the web. Cloudflare is excited about the possibilities introduced by these new technologies and we see our gateway as a tool to help bridge the gap between the traditional web and the new generation of distributed web technologies headlined by IPFS,” the team wrote.

Cloudflare launches new way for companies to protect their APIs