Microsoft has announced it is opening up a new pilot program with Specialisterne to hire full-time employees that are on the autism spectrum.

“People with autism bring strengths that we need at Microsoft; each individual is different, some have amazing ability to retain information, think at a level of detail and depth or excel in math or code,” wrote Mary Ellen Smith, corporate vice president for worldwide operations at Microsoft, in a blog post.

She added that this is just one way Microsoft is looking to increase its diversity, and it is dedicated to hiring individuals of all disabilities.

Bitcoin Foundation announces it is bankrupt
The organization dedicated to the development of Bitcoin has announced it is declaring bankruptcy.

“As a result of two years of ridiculous spending and poorly thought-out decisions, [the Foundation] almost ran out of money in November of last year,” wrote Olivier Janssens, Bitcoin Foundation board member, in a post.

According to him, the foundation has already fired about 90% of its employees, and it can only fund its core development.

Moving forward, Janssens says a special trust fund is being created to pay some core developers’ wages over the next year, and that it is up to the Bitcoin Foundation members to decide what they want to do next.

“If I get asked to leave the Foundation for telling the truth, so be it. The truth is being told,” wrote Janssens.

Google begins rolling out VP9 encoding for YouTube
Google has begun encoding YouTube videos with the open-source VP9 codec for HD and 4K video quality. VP9 uses half the bandwidth and is considered the most efficient compression of modern codecs. Its decoding support is available today for the Chrome browser, as well as in select Android devices, TVs and game consoles.

Apple granted new patent
Apple has been granted a new patent for a machine learning system that is able to decipher hand gestures, according to Apple Insider. 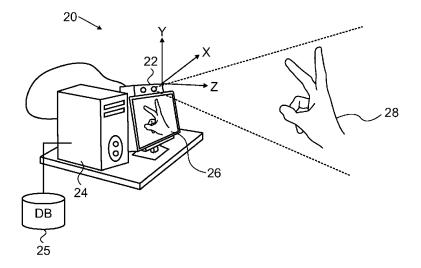 The technology is described as a “method for processing data that includes receiving a depth map of a scene containing a human hand, the depth map consisting of a matrix of pixels having respective pixel depth values,” according to the patent.

The technology would require 3D mapping to create a depth-map to extract data.

Informatica acquired for US$5.3 billion
Provider of enterprise data integration software and services Informatica has announced it has agreed to be acquired by the Permira Funds and Canada Pension Plan Investment Board (CPPIB) for $5.3 billion.

“After careful consideration and deliberation of strategic alternatives, our Board of Directors unanimously concluded that the sale of Informatica to the Permira funds and CPPIB is in the best interest of all Informatica stakeholders,” said Sohaib Abbasi, chairman and CEO of Informatica.

The transaction is expected to be completed by the second or third quarter of 2015.