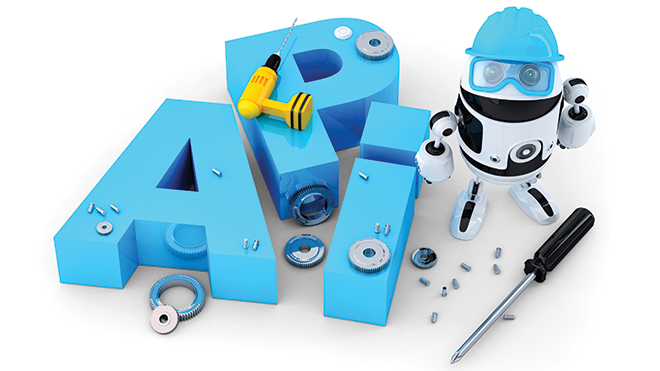 The acronym API has come a long way. In 1980, asking about an API meant building something for a massive corporate software package. In the 1990s it meant building with the tools for a 3D card or a sound card. Today, however, the term tends to mean just one thing: RESTful Web APIs.

And what we now call APIs have grown to encompass all forms of interfaces from all manner of places. From Google Maps to payment APIs to deep research APIs from MasterCard that allow developers to discern restaurant hours by credit card transaction timestamps, APIs are everywhere.

But this is a buzzword that has taken on loads that could not be fully born by other buzzwords. “APIs in enterprises” could easily be replaced with “SOA in enterprises.” Even before SOA, during the original dot-com boom, the term B2B took hold as a metaphor for building a software company that, today, would be an API provider.

Why did it happen? Look to REST. Look to AJAX. Look to the explosion of data and the realization by enterprises that keeping their data locked away from customers isn’t always a good idea. Whatever the reason, API management is now the name of the game, and that game is filled with hidden gotchas.

There is hope, however. The future of API management is bright and filled with best practices, better processes, and lots of Swagger.

What to offer
Just as in the days of SOA, your company has data that it would like to offer to the world at large. But what data should you be offering? What do your customers want to consume? Those are tough questions that need to be asked right at the start. And the answers aren’t always found immediately; it takes time and agility to get it right.

Seb Taveau, senior business leader and chief developer evangelist for MasterCard’s Open API, explained how this process worked for MasterCard as it figured out how to make its data available to the public—no small task for a privacy and security fortress of a company.

“MasterCard had been working on taking some of its private APIs and making them public for the past four years,” he said. “APIs became key for MasterCard about a year ago. They wanted to make sure MasterCard was a tech companion, not just a payment network.”