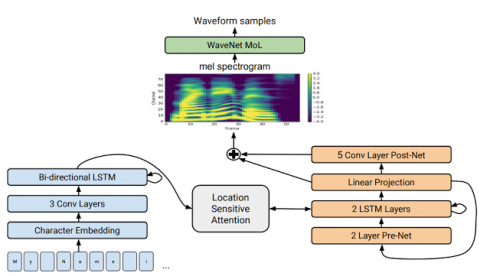 Google has announced a new version of its text-to-speech system, Tacotron 2. It uses neural networks to generate human-like speech. Typically, in TTS systems, the input is complex linguistic and acoustic features. The neural networks used by Tacotron 2, however, are trained using speech examples and corresponding text transcripts.

“Generating very natural sounding speech from text (text-to-speech, TTS) has been a research goal for decades. There has been great progress in TTS research over the last few years and many individual pieces of a complete TTS system have greatly improved. Incorporating ideas from past work such as Tacotron and WaveNet, we added more improvements to end up with our new system, Tacotron 2,” the Google Brain and Machine Perception teams wrote in a post.

It will also be removing lesser used features on February 18th including location quick replies and location cards and text input quick replies.

Microsoft announces the Windows 10 Insider Preview Build 17063 for PC
Microsoft has announced the Windows 10 Insider Preview Build 17063 for PC. This adds a Timeline, which allows users to pick up where they left off after closing apps. Cortana will be able to suggest activities a user might want to resume. It also includes updates to Microsoft Edge such as support for an updated dark theme and support for reveal on navigation buttons, action buttons, buttons in the tab bar, and on lists. The new build improves the method of adding bookmarks in EPUB and PDF books in Microsoft Edge as well. A complete set of features can be found here.