Microsoft is providing an update on its Git Virtual File System (GVFS), the company’s effort to scale Git to large projects and teams. According to Brian Harry, a technical fellow at Microsoft, the company has created the largest Git repository available. Over the last three months, Microsoft has largely completed the roll out of GVFS to the Windows Team.

Windows is live on Git, the system is available as an open-source project, and Visual Studio Team Services supports GVFS protocol enhancements. Going forward, the company plans to add support in Team Foundation Server. In addition, Microsoft is working on a round of performance improvements called “O(modified)” to improve the speed and experience of GVFS.

“Overall Git with GVFS is completely usable at crazy large scale and the results are proving that our engineers are effective.  At the same time, we have a lot of work to do to get the performance to the point that our engineers are ‘happy’ with it.  The O(modified) work rolling out next week will be a big step but we have months of additional performance work still on the backlog before we can say we’re done,” Harry wrote in a post.

Twilio announces new API: Twilio Proxy
Twilio announced a new API to power private text and voice conversations between a customer and a mobile worker, called Twilio Proxy. Twilio Proxy is the latest addition to Twilio Engagement Cloud, a collection of Declarative APIs that provide businesses with the tools to build multi-channel communications with customers.

Twilio Proxy allows developers to choose which parties involved in the conversation can take over to automatically route all calls and messages. It supports two-way communications over voice, SMS, and services like Facebook Messenger, Slack, Twitter, BlackBerry Messenger, and more.

“Today, developers are increasingly relied on to help create the best possible experience for customers. As the demands on a developer’s time grows, one of our goals is to build new APIs that free up developers to focus on the more creative aspects of coding,” said Jeff Lawson, Twilio CEO, cofounder and chairman. 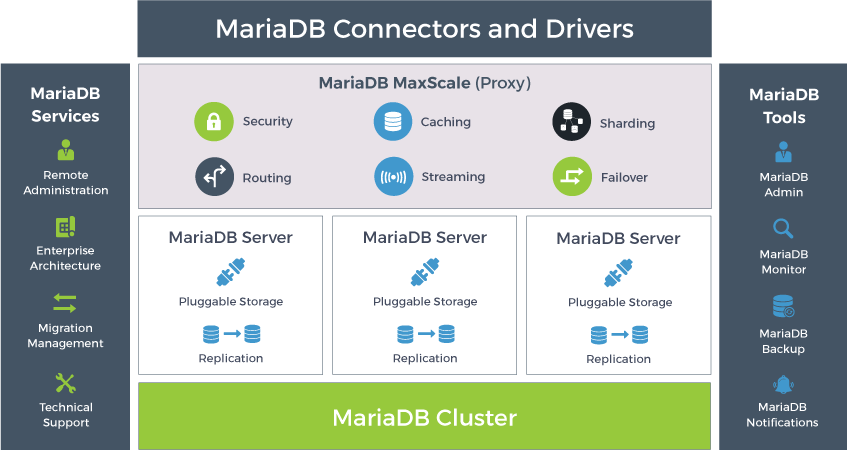 MariaDB announced the availability of MariaDB TX 2.0, which is an open-source, transactional database solution for modern application development.

“The ability to dynamically create, collaborate and integrate models over multiple domains and technical platforms is a remarkable and highly agile solution that has the capacity to radically improve the quality, accuracy and effectiveness of model based projects,” stated Geoffrey Sparks, Founder and CEO of Sparx Systems.