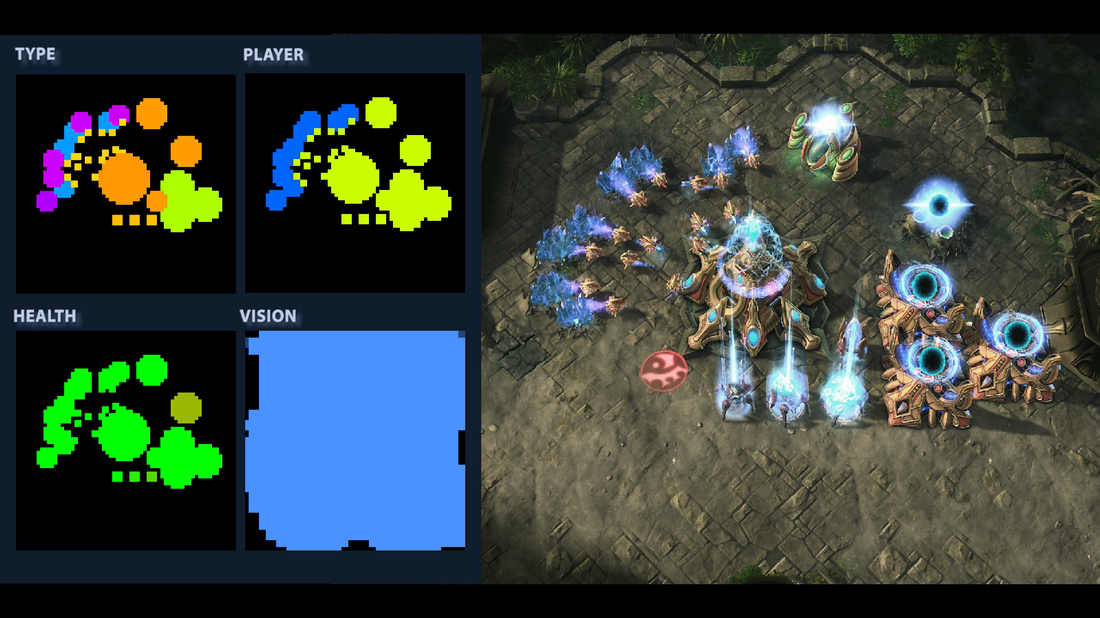 DeepMind and Blizzard Entertainment are collaborating to open up StarCraft II to artificial intelligence and machine learning researchers globally.

According to a DeepMind blog post by research scientist Oriol Vinyais, StarCraft II continues the series’ renowned eSports tradition, as the original StarCraft was played in the late 1990s yet remains popular today. StarCraft is a good testing environment to work with because it provides a “useful bridge to the messiness of the real world,” and the skills needed to play in this environment could transfer easily to real-world tasks, wrote Vinyais.

DeepMind is looking to work with Blizzard in order to create “curriculum” scenarios, which means researchers will be faced with complex tasks that researchers will need to complete in order to get an agent up and running. Agents will play directly from pixels, and to get DeepMind there, a new image-based interface that outputs a simplified low-resolution RGB image data for the map and minimap was created, according to Vinyais.

Mozilla introduces FlyWeb
A small team at Mozilla has been working on a new web API and accompanying browser feature called FlyWeb, which is available today for front-end web developers, Internet of Things developers, and anyone else who needs to find and connect to nearby devices with embedded web servers.

FlyWeb “provides an API for web pages to host local web servers for exposing content and services to nearby browsers,” according to its introduction page. Users can connect with nearby devices like printers, thermostats, televisions, and web servers hosted in web pages via the FlyWeb API.

The current implementation is undergoing a security review to make sure it doesn’t introduce any vulnerabilities. The Mozilla team has also been exploring commercial opportunities reports for FlyWeb, and they would like to explore the potential to utilize Bluetooth as a transport layer as well. Developers can find example code here and get started publishing a server from a web page.

Samsung will launch new AI digital assistant service
Samsung is doing everything it can to bounce back after the recent explosions of its Galaxy Note 7, which is why on Sunday it announced that it would create an artificial intelligence digital assistant for its upcoming Galaxy S8 smartphone, reported Se Young Lee and Nataly Pak for Reuters.

In order to create this new digital assistant, Samsung will integrate the AI platform known as Viv into Galaxy smartphones. According to Reuters, investors and analysts said that the Galaxy S8 needs to be strong for customers to come back. While Samsung did not comment on the types of service the AI assistant will offer, it did say that it would allow customers to use third-party services seamlessly, said the Reuters report.

Apple might create a foldable iPhone in the near future
Apple has won a patent for a future bendable or foldable iPhone using advanced carbon nanotube structures, hinting at a new future design for iPhones, according to Patently Apple.

Apple kept this patent secret by filing it under its engineers’ names, not under Apple’s, according to Patently Apple. When patents are filed this way, outsiders cannot search for or find them. In this patent, Apple wrote that one of the materials that could be used in this bendable iPhone form factor is ceramic.