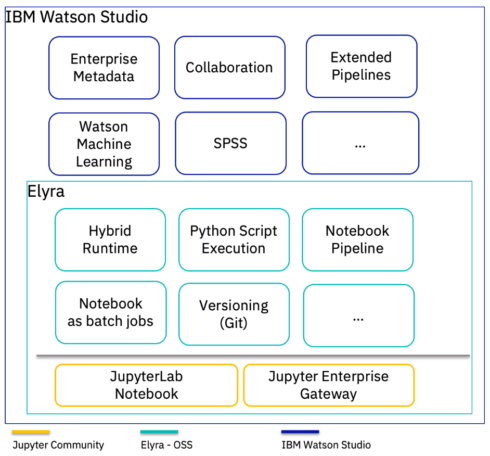 To further its commitment to open-source, IBM is releasing Elyra. Elyra is a set of open-source extensions for AI for Jupyter Notebooks, a browser-based IDE that allows developers to write and share code online.

According to IBM, there are several challenges to building and implementing AI pipelines. Elyra offers a visual editor for building those pipelines, which will hopefully enable data scientists and AI developers to be more productive.

Git integration allows for version control with Elyra, which makes it easier to track changes and share code among team members.

In addition to Elyra, IBM has recently added JupyterLab to new releases of IBM Cloud Pak for Data and Watson Studio.