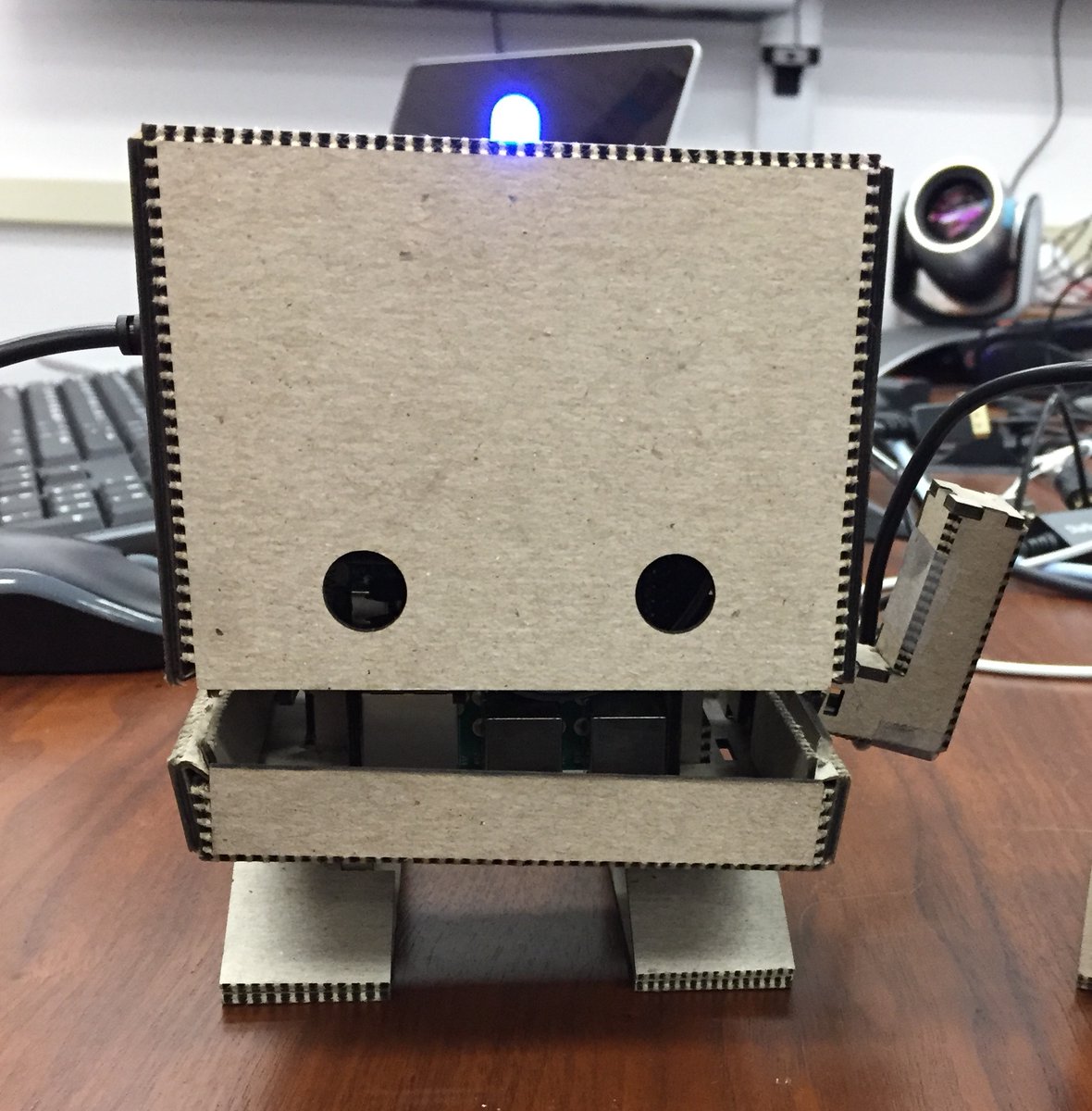 Creators and bot enthusiasts can explore the potential of a new open-source project from IBM called TJ Bot.

TJ Bot is a DIY kit that allows programmers to create a cardboard robot powered by Watson. TJ Bot consists of a Raspberry Pi, a variety of add-ons, and a cardboard cutout, which can be 3D-printed or laser cut.

On GitHub, developers can find “recipes” for how to bring TJ Bot to life, and developers are encouraged to submit their own ideas and instructions for other programmers to follow. So far, recipes include ways to make TJ Bot respond to emotions, voice control for giving TJ Bot basic commands, and three Watson APIs for creating a talking bot.

More information on how to get started with TJ Bot can be found here.

“Our evening courses are geared toward those students that have work or family commitments that prevent them taking our daytime courses,” said Jeff Winkler, founder and CEO of Origin Code Academy. “By opening up an evening course, we’re now more accommodating for those individuals who want to make a career shift, but can’t abandon their current daytime schedule. It’s about being more inclusive and serving those that have true drive and a strong ambition to learn.”

Registration for the courses that begin on Jan. 9, 2017 are now open. More information can be found here.

Some updates include a performance monitoring system for extensions; batch extension updates; the ability to detect and install dependent components; and performance enhancements.

Other improvements include the ability to transition to the Visual Studio Marketplace, a lightweight solution load, and a new Visual Studio Installer.

“PowerAI democratizes deep learning and other advanced analytic technologies by giving enterprise data scientists and research scientists alike an easy to deploy platform to rapidly advance their journey on AI,” SAID Ken King, general manager for OpenPOWER, in a statement. “Coupled with our high-performance computing servers built for AI, IBM provides what we believe is the best platform for enterprises building AI-based software, whether it’s chatbots for customer engagement, or real-time analysis of social media data.”