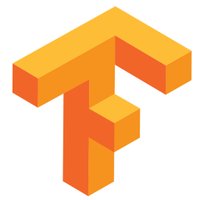 Google has announced a new probabilistic programming toolbox for for its machine learning framework TensorFlow. TensorFlow Probability is designed to help researchers and practitioners build sophisticated models. According to the company, this will come in handy for users looking to build a generative model of data, looking to quantify the uncertainty in predictions, trying to capture data structures with prior information and if there is an inverse problem.

Constellation comes out of stealth mode
A new company has emerged from stealth mode with a mission to provide a protocol that is faster than Bitcoin and Ethereum. Constellation has developed a horizontally scalable protocol that aims to make blockchain technology scalable, and useful for consumer and enterprise grade applications.

“Bitcoin’s Proof-of-Work and Ethereum’s Proof-of-Stake have proven to be too centralized, plutocratic, and slow to be truly useful for real-world applications such as a global decentralized bank that is available on any mobile device. By using the Java Virtual Machine (JVM), Constellation will unshackle developers from the limitations of current protocols, allowing businesses and consumers to finally realize the unexplored potential of distributed applications using its microservice application chain interfaces (ACIs),” said Brendan Playford, Constellation CEO.

Google Cloud overhauls Speech-to-Text capabilities
After announcing Speech-to-Text last month, Google has announced a major overhaul to the capabilities. Updates include a selection of pre-built models to improve transcription accuracy from phone calls and video, automatic punctuation to improve readability of transcribed long-form audio, recognition metadata to tag and group transcription workloads, and standard service level agreement with a commitment to 99.9 percent availability.

“Access to quality speech transcription technology opens up a world of possibilities for companies that want to connect with and learn from their users. With this update to Cloud Speech-to-Text, you get access to the latest research from our team of machine learning experts, all through a simple REST API,” Dan Aharon, product manager for Google Cloud AI, wrote in a post.

Bootstrap 4.1 released
Bootstrap has released version 4.1 of its open-source front-end library. Updates include bug fixes, doc improvements, and build tool changes. It also includes a versioned docs setup. Each minor release will now come with a net hosted versions of the teams docs.

The next Bootstrap release will be version 4.1.1 and will focus on bug fixes for input groups, form fields and more.