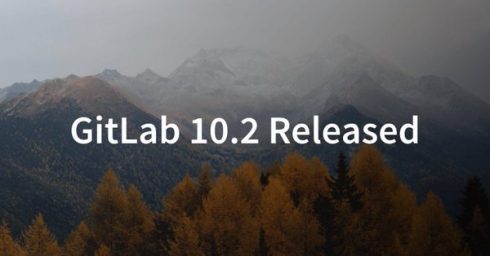 The also announced the release of PostgreSQL high availability, which will allow teams to set up and run Postgres clusters in GitLab. In addition it made improvements that will allow faster deployments on Kubernetes.

GE Healthcare and NVIDIA partner up to improve medical data processing
GE Healthcare and NVIDIA are partnering to provide AI to imaging devices and make data processing twice as fast. The NVIDIA-powered Revolution Frontier CT will allow for better clinical outcomes in liver lesion detection and kidney lesion characterization. These improvements will eliminate the need for unneeded follow-ups with patients. Currently, only about three percent of medical data is actionable, tagged, or analyzed and this partnership aims to increase that number.

“Our partnership with GE Healthcare brings together great expertise in medical instruments and AI to create a new generation of intelligent instruments that can dramatically improve patient care,” said Jensen Huang, founder and CEO of NVIDIA.

“We believe this is only the beginning for the technique,” wrote Max Jaderberg, research scientist at DeepMind in a blog post. “At DeepMind, we have also found PBT is particularly useful for training new algorithms and neural network architectures that introduce new hyperparameters. As we continue to refine the process, it offers up the possibility of finding and developing ever more sophisticated and powerful neural network models.”

Mozilla speaks out on FCC’s net neutrality plans
The FCC has announced their plan to roll back net neutrality. According to Mozilla, net neutrality is devastating to the Internet. The FCC will be voting on December 14, unless the vote is removed from the docket before then. Rolling back net neutrality protections would benefit ISPs and hurt consumers, Mozilla explained. Without net neutrality, ISPs will be able to charge users more to access certain sites or types of content.

“It is imperative that all internet traffic be treated equally, without discrimination against content or type of traffic — that’s the how the internet was built and what has made it one of the greatest inventions of all time,” Denelle Dixon, chief legal and business officer for Mozilla, wrote in a blog post.