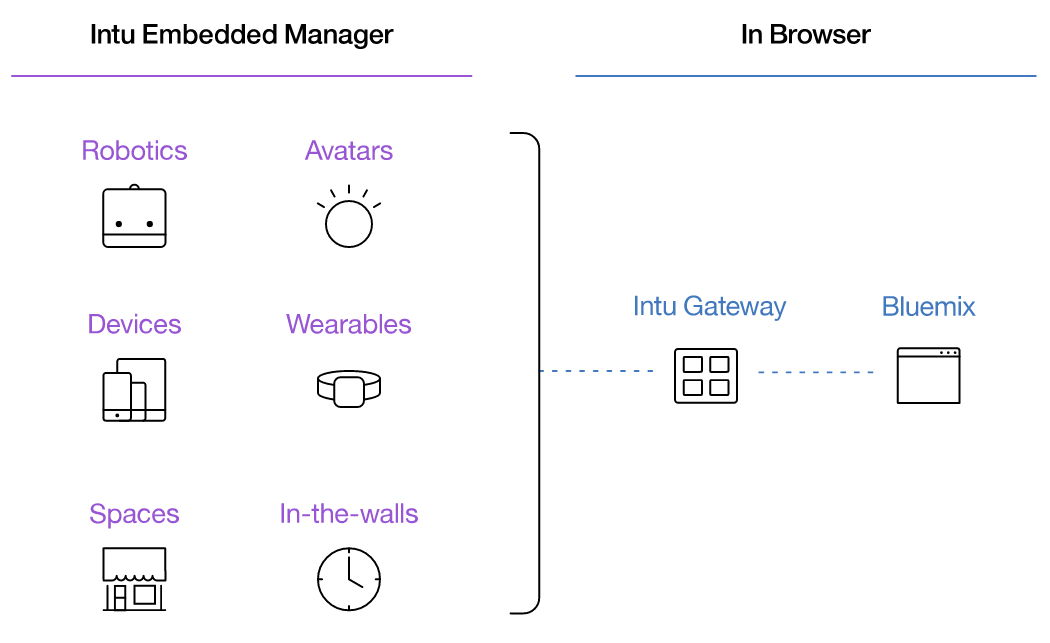 IBM is giving developers the ability to embed Watson’s cognitive functions in their end-user device solutions. The company announced the experimental release of Project Intu, a new platform that aims to help build the next generation of cognitive experiences.

Developers can use Project Intu to develop for form factors such as wearables, avatars, robots and Internet of Things devices. The Watson services include conversation, language and visual recognition.

“IBM is taking cognitive technology beyond a physical technology interface like a smartphone or a robot toward an even more natural form of human and machine interaction,” said Rob High, IBM Fellow, vice president and CTO of IBM Watson. “Project Intu allows users to build embodied systems that reason, learn and interact with humans to create a presence with the people that use them. These cognitive-enabled avatars and devices could transform industries like retail, elder care, and industrial and social robotics.”

“No longer do they require manual creation by users on their desktops or mobile devices,” wrote Wesley Chun, developer advocate at Google, in a blog post. “Business data on inventory items like retail merchandise, homes/property, hotels/lodging, restaurants/menus, venues/events, and other ‘cataloged’ assets can be instantly turned into presentations based on pre-existing slide templates.”

MobileTogether is Altova’s cross-platform mobile development framework for building native apps for Android, iOS, Windows and other devices. This new version gives developers the ability to build apps that include barcode scanning, with support for linear and 2D barcode standards.

New features include multi-level sheets, which makes it easy for developers to define global styles that can be applied at the project, page, table and control level of the app’s design, according to Altova. Also, MobileTogether now includes an automated testing facility so developers can record a sequence of user actions and replay those actions once the app is modified.

The company said it plans to add even more support for databases in the future.