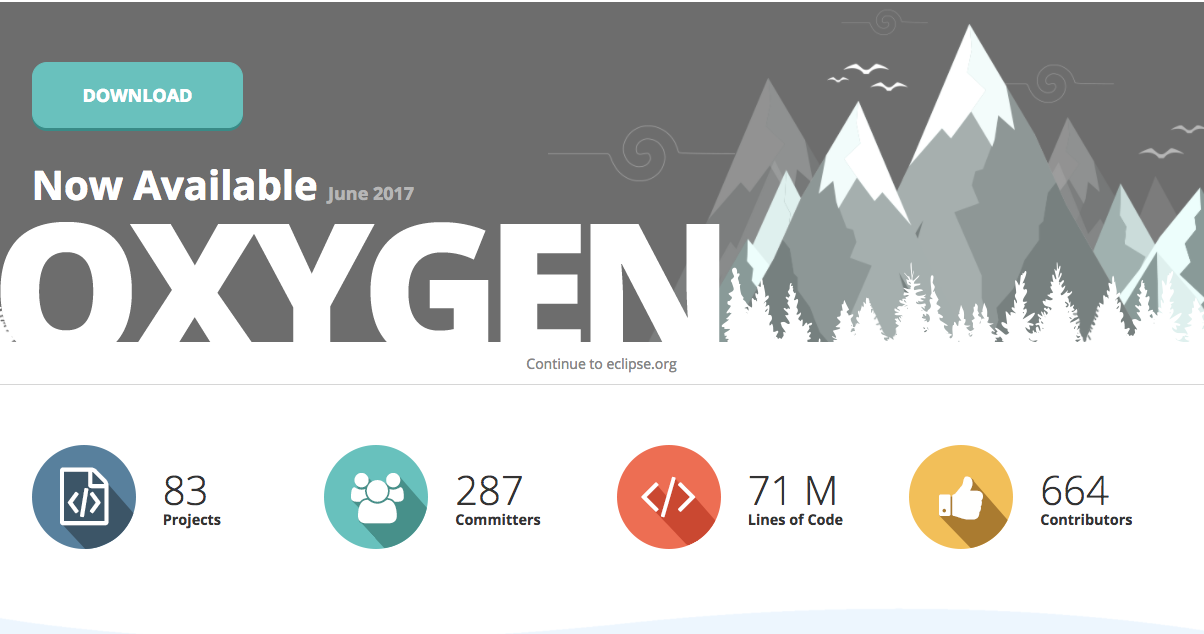 The Eclipse Foundation has announced Eclipse Oxygen is now available. The Oxygen release includes 83 projects, 287 committers, and about 71 million lines of code. “We’re proud to announce the arrival of Eclipse Oxygen, the 12th annual simultaneous release from the Eclipse Community,” the foundation wrote.

Most notably missing from this release is support for Java 9. According to the foundation, since Java 9 has not been released yet, it will not be supported in the standard download package yet, but users can add an early access preview. Other features include a new extensible generic text editor, Java development tool improvements and C/C++ development tool enhancements.

“The Android Things Console is currently a preview, and we are working on many more features and customizations,” Wayne Piekarski, developer advocate for IoT, wrote in a post. “Google provides all of the infrastructure for over-the-air (OTA) updates, so developers can focus on their specific application and not have to build their own implementation – getting their IoT devices to enter the market faster and more securely than before.”

AppDynamics updates Microservices iQ with visibility into Docker
As a way to tackle some of the complexities of container technology, AppDynamics announced updates to Microservices iQ, Integrated Docker Monitoring. With Microservices iQ, teams can drill down into baseline metrics, review container metrics, and review underlying host server metrics all within the context of Business Transactions and “single pane of glass,” according to the company.

A big feature in this release is heat maps, which are visual representations of complex and multidimensional data. Heat maps can abstract complexity of huge amounts of data to visualize data patterns and then pinpoint containers for performance anomalies and outliers.

According to a AppDynamics blog post, “With the latest Microservices iQ, we have added support for heat maps in our new Tier Metrics Correlator feature which show load imbalances and performance anomalies across all the nodes in a tier, with heat maps to highlight correlation between these occurrences and the key resource metrics (CPU, disk, memory, I/O) for the underlying servers or container hosts.”

Compuware integrates COBOL unit testing
Compuware announced the integration of Topaz for Total Test, a fully automated unit testing tool for COBOL, with Jenkins, SonarQube, and Compuware ISPW. This tool automates the capture and execution of COBOL unit tests, so developers can work on mainframe systems without exposing them to risks.

Enhancements enable COBOL unit testing to be automatically triggered as part of a DevOps toolchain, it ensures quality trends are visible through the development process, and it couples test cases with source code to enable the sharing of test assets.

“Large enterprises are waking up to the fact that outdated mainframe tools and waterfall-bound practices are an existential threat to their business,” said Compuware CEO Chris O’Malley. “Compuware is responding to this awakening with solutions, services, acquisitions and partnerships that enable these large enterprises to reap the special advantages of being both superior in size and agility.”

According to Sonatype, Vor Security will let the company increase its ecosystem and the OSS Index will give Sonatype a platform to cover the area of open-source security research.

The Nexus Lifecycle XC will provide organizations with component intelligence covering open-source ecosystems and formats like Ruby, PHP, Swift, CocoaPods, Golang, C, and C++. In addition, the company says it is delivering an intelligence engine that combines the depth of Lifecycle data for machine automated open-source controls with Lifecycle XC data for foundational open-source governance.