Google has announced it is expanding its Brillo operating system and communication platform Weave to a broader range of developers. Brillo and Weave are the company’s developer tools for building connected devices. Brillo provides an embedded OS based on Android, a developer kit, and a developer console for building devices. Weave lets devices communicate with each other.

In addition, the company announced the Weave compatibility program to identify a range of certified Weave-banded devices.

“This ‘access control’ rule is supposed to protect against unlawful copying,” said Kit Walsh, staff attorney for the EFF. “But as we’ve seen in the recent Volkswagen scandal—where VW was caught manipulating smog tests—it can be used instead to hide wrongdoing hidden in computer code. We are pleased that analysts will now be able to examine the software in the cars we drive without facing legal threats from car manufacturers, and that the Librarian [of Congress] has acted to promote competition in the vehicle aftermarket and protect the long tradition of vehicle owners tinkering with their cars and tractors.”

Apple makes iOS 9.2 beta ready for developers
Apple has issued a pre-release beta of iOS 9.2 for developers to test, along with a new beta of Xcode 7.2, according to AppleInsider.

The iOS 9.2 beta is identified as build 13C5055d, and it cannot be restored to earlier versions of iOS, according to the report. The software can be downloaded through the developer center website. The report stated that it is unknown what changes will come with iOS 9.2, but there is some speculation that it will be more than just “behind-the-scenes” bug fixes.

Mitsubishi to use machine learning in cars
Mitsubishi is not headed down the self-driving car route just yet. Instead, the company is looking to implement machine-learning technology in its cars. This feature would be able to detect absent-minded or distracted drivers, according to the company. The technology uses a machine-learning algorithm to track time-series data about the vehicle and driver, such as heart rate, facial orientation and steering.

Google is providing a new course for developing apps for Auto
Google has announced a new course in collaboration with Udacity to help developers extend their media and messaging apps to cars. The course, Ubiquitous Computing with Android Auto, will teach developers how to implement message apps and how audio players work, and also provide a complete music-player sample. 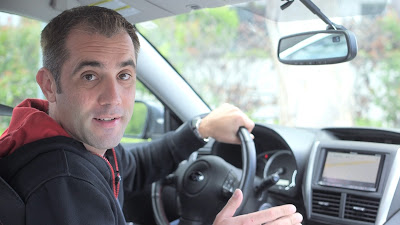 “If you have an interest in Android-based messaging or media apps, then you need to learn about Android Auto,” wrote Wayne Piekarski, developer advocate for Google, in a blog post. “Users want to be able to take their experience to other places, such as their cars, and not just on their phones. Having Auto support will allow you to differentiate your app, and give users another reason to try it.”

Ceylon prepares to release Ceylon 1.2
Ceylon 1.2, a programming language designed to run on Java and JavaScript virtual machines, will be released in a few days, according to Ceylon’s blog.

Ceylon is a cross-platform language that is at home on the JVM and on any JavaScript VM. Some other features of Ceylon are static typing, readable syntax, modularity and tooling, and Web development capabilities.

More information on Ceylon can be found here.