Kotlin 1.2 released with the ability to share code between JVM and JavaScript 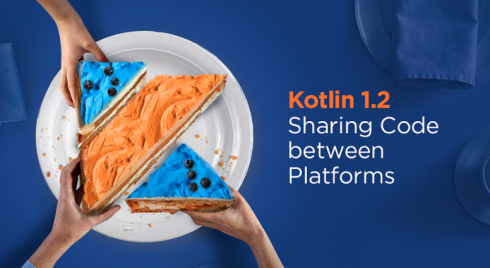 JetBrains is on a mission to bring Kotlin to all modern application components. The company just announced version 1.2 of the statically typed programming language for modern multiplatform applications.

According to the company, this is a major release that gives developers the possibility to reuse code between the JVM and JavaScript. “Now you can write the business logic of your application once, and reuse it across all tiers of your application – the backend, the browser frontend and the Android mobile app. We’re also working on libraries to help you reuse more of the code, such as a cross-platform serialization library,” Dmitry Jemerov, principal engineer at JetBrains, wrote in a post.

Interest in Kotlin has been growing since Google announced it would support the language in its operating system Android. According to the company, the Android team has seen more than 17 percent of Android Studio projects use Kotlin since then.

The latest version of the language is available this week in the IntelliJ IDEA 2017.3 release as well as in older versions of IntelliJ IDEA and Android Studio.

The company is working on common libraries to move more logic to common code such as kotlin.test for writing tests, kotlinx.html for isomorphic rendering support, and kotlinx.serialization for marshaling Kotlin objects between different app tiers. It is important to note that multiplatform projects are still in the experimental phase.

The Kotlin team also spent a lot of time on the compilation performance of this release. According to the team, version 1.2 is about a 25 percent improvement over version 1.1, and the company expects that to increase with 1.2.x updates in the future.

Other features of this release include: improvements to the syntax for passing multiple arguments to an annotation, support for the lateinit modifier, smarter smart casts, improved type inference, new kotlin.math package, and new standard library functions.