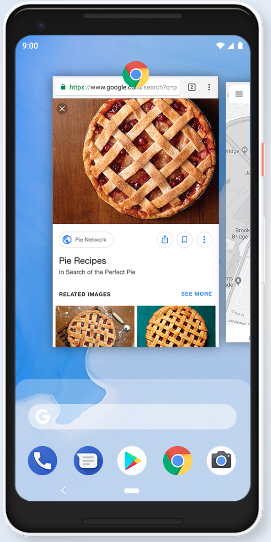 Following this week’s announcement of Android 9 Pie, Google is releasing a new Android SDK that offers more Kotlin features. According to the company, Android developers often run into problems with the Java programming language when accessing a null reference. Kotlin addresses this problem by providing nullable and non-nullable types in the type system, the company explained.

“This helps eliminate NullPointerExceptions from your code and improve your app’s overall quality. When Kotlin code is calling into APIs written in the Java programming language, it relies on nullability annotations in those APIs to determine the nullability of each parameter and the return type. Unannotated parameters and return types are treated as platform types, which weakens the null-safety guarantee of Kotlin,” James Lau, product manager at Google, wrote in a post.

The latest release will feature nullability annotations for common APIs and guarantee null-safety, according to Lau.

Contrast Security announces new community edition
Contrast Security is releasing a free DevSecOps solution today as part of its community edition and commitment to protect software. The Contrast Community Edition is designed to provide new ways to protect web apps and APIs from hack attacks as well as improve the security of custom code and third-party library components.

“The heart of the problem is that software security is a complex issue and development teams do not have access to simple, effective tools that work the way they do,” said Jeff Williams, co-founder and CTO for Contrast Security. “The legacy products designed to help secure software scanners and web applications firewalls are inaccurate, require experts and involve manual processes. It’s time to break the cycle of ‘vulnerable software’ and for application security to be accessible to all.”

Status partners with Nim programming language
After announcing the research initiative Nimbus last week, the mobile Ethereum OS Status has announced a new partnership with the Nim programming language. Nimbus is a Nim implementation of a sharing client for Ethereum, a decentralized platform for applications. The new partnership is designed to bolster its research efforts and promote the continued development of the language.

“The more developed, documented, and robust Nim is, the more in depth our R&D can be,” the company wrote in a post. “We chose to work in Nim because it is a lightweight and efficient programming language that suits itself well to resource restricted devices. It also allows us to better learn the Ethereum protocol, as well as attract highly specialized developers with a deep understanding and appreciation for the advanced language features.”