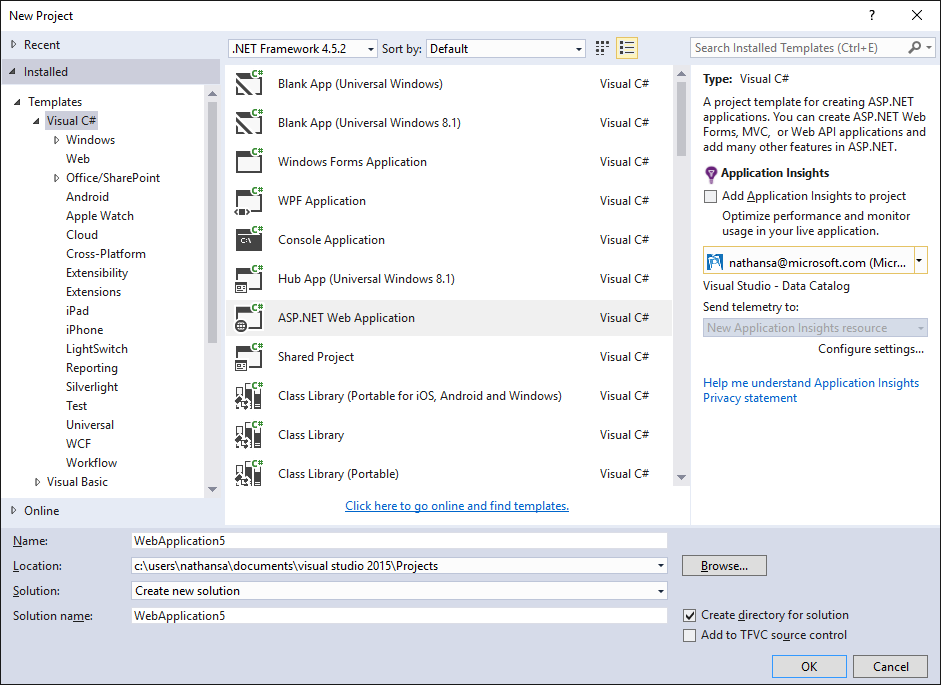 The Visual Studio team has been trying to find where documentation for some workflows could be improved, and how it could improve setting up TypeScript projects. As a result, there are now communities for each set of tools that will give users an idea of how TypeScript can fit in with a “standard” setup.

The guides that the Visual Studio team created include ASP.NET 4, ASP.NET Core 1, Gulp (including Browserify, Watchify and Uglify), React and Webpack, Knockout and RequireJS. These guides can help users with writing JavaScript projects. Anyone who uses a guide can send back feedback to the VS team.

WhatsApp’s desktop app
WhatsApp has introduced a desktop app for Windows 8+ and Mac OS 10.9+. The app is also synced with WhatsApp on mobile devices.

Since the app runs natively on the desktop, users will have more support for native desktop notifications, better keyboard shortcuts, and other features. Using the desktop app, users can stay in touch regardless of where it is installed, and it mirrors conversations and messages from the mobile version.

The new app can be downloaded today.

DL can provide latency on durable writes with a large amount of concurrent logs, and it can handle a high volume of reads and writes per second from thousands of clients. DL messages are replicated to store multiple copies to prevent data loss.

According to its GitHub page, “DL provides an efficient serving layer that [is] optimized for running in a multi-tenant data center environment such as Mesos or Yarn. The serving layer is able to support large-scale writes fan-in and reads fan-out.”

Realm Xamarin for .NET developers
.NET developers can use a new mobile database called Realm, which is specifically built for Xamarin. It offers object persistence and full query capabilities, with a fast performance profile.

Realm Xamarin is designed from the ground up to enable reactive app development, with live objects, change events and support for unidirectional data flows.

Realm has been launched for Java, Objective-C and Swift, and the launch of Xamarin lets developers write C# code that becomes native Android and iOS apps. It has a modern and simple design, and it allows developers to target both Android and iOS with the same codebase.

Developers can get started with Realm Xamarin today or check out the source on GitHub.

Mozilla’s Mission Partners open to all
Mozilla is adding a second track called “Mission Partners” to its award program called Mozilla Open Source Support program. This is open to any open-source project in the world that is doing something that relates to Mozilla’s mission.

Mozilla’s mission is to make sure the Internet is a global public resource that is open and easily accessible to all, which is why Mozilla wants to encourage other open-source software projects to share the same goals, and to share resources to help each other complete those goals, according to a Mozilla blog post.

Applications for the Mission Partners track are open starting today, and the deadline is May 31 at 11:59 p.m. PST. Applications for Foundational Technology are still open as well. The budget for the 2016 track is approximately US$1.25 million.

Applications for Mission Partners do not require a Mozillian to support them; instead, they can be endorsed by a well-known, respected figure of the software community of which the project is a part.