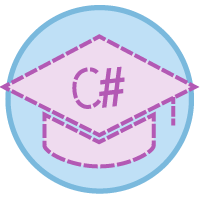 According to a blog post from Xamarin cofounder and director of developer relations Joseph Hill, Xamarin for Students is accessible to any student enrolled in a degree or diploma-granting course of study, so high school and college students are eligible to use Xamarin Studio to develop Android or iOS applications.

Changes include a clearer understanding that developers must follow data portability requirements for as long as they use or store user data acquired through its APIs (even if they aren’t using the APIs anymore); a requirement that developers must not violate any other Google terms of service; the understanding that Google will use content submitted through the APIs to help strengthen and secure its APIs; a request for developers to keep the company up to date on how to contact them; an understanding that Google’s APIs are forbidden for high-risk activities with ITAR data or HIPAA-protected health information unless the company says otherwise; a request for developers to keep their private keys private; and a reminder that Google will set limits on developers’ usage of the APIs.

More information about the changes is available here.

Microsoft releases more free Office for iOS features, Office for Android preview
Building off its initial announcement of Office for iPad back in March, Microsoft has unveiled new versions of Office for iPad apps, and new separate iPhone apps for Word, Excel and PowerPoint in the Apple App Store. These apps will be available starting today, Nov. 6.

The new apps open up more core Office functionality to users without an Office 365 subscription, adding new mobile-optimized views to improve functionality on mobile devices. The company also announced a tablet preview of Office for Android, complete with versions of Word, Excel and PowerPoint. The preview is available today, and Office for Android will be available in early 2015.

Shippable raises $8 million in Series A funding
Containerized Continuous Integration and delivery platform Shippable has announced an US$8 million Series A funding round. The money will be used to accelerate Shippable’s growth and drive adoption of its platform into the enterprise, according to the company. In addition, the company announced Tim Porter, managing director at Madrona Venture Group (which led the round of funding) will join Shippable’s board.

“The phrase ‘Continuous Integration’ is a misnomer. Traditional CI tools like Jenkins only help automate unit tests, and functional testing on staging environments is still predominantly manual and not really ‘continuous,’ ” said Avi Cavale, cofounder and CEO of Shippable. “We have created a modern CI platform that automates the entire delivery pipeline, and makes fast and agile releases possible for all enterprises.”