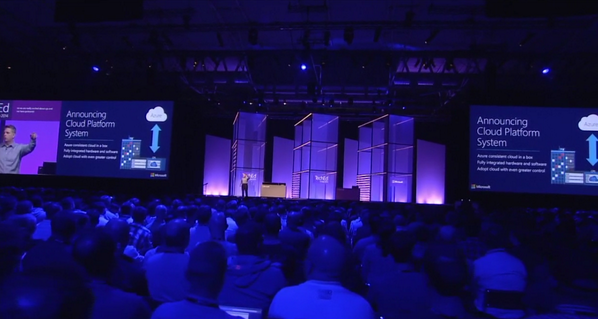 More information on all Microsoft’s TechEd Europe announcements can be found in Kapoor’s blog post as well as a blog post from Scott Guthrie, EVP of Microsoft’s cloud and enterprise group.

On the data services front, IBM unveiled several services hosted on BlueMix to simplify and automate data processing, storage, curation and analytics. The services include:

IBM’s final announcement was of Watson Curator, a SaaS that uses Watson’s machine learning and natural language query capabilities to guide experts in various subject matters through curation of data pertaining to their given field.

More information can be found in the IBM news releases on OpenStack services and cloud data services.

Answering the W3C’s “Call for Implementations,” the IE and Skype development teams have begun building the capability for scalable multi-party video conferences in the browser, on top of Skype and Microsoft Lync, according to the ORTC specification laid out by the W3C and IETF RTCWEB Working Group.

“We are working with the web community on various fronts to influence how a subset of ORTC objects and methods become part of the WebRTC 1.0 API,” wrote Shijun Sun, Internet Explorer senior program manager, in a blog post. “This helps to provide a seamless transition from WebRTC 1.0 to a JavaScript object-based real-time communications model based on ORTC.”

“This is just the beginning of our implementation effort in IE,” Sun wrote. ” We’re working closely with the web community to improve other existing standards for richer video interoperability, for example, features to adapt to changing bandwidth conditions and more.  In addition, Microsoft’s goal is to move forward to the future without compromising the present – and ensure easier interoperability between web browsers and billions of existing communications endpoints, including SIP-based VoIP endpoints, ‘Public Switched Telephone Networks’ and ‘Video Teleconferencing’ systems.”