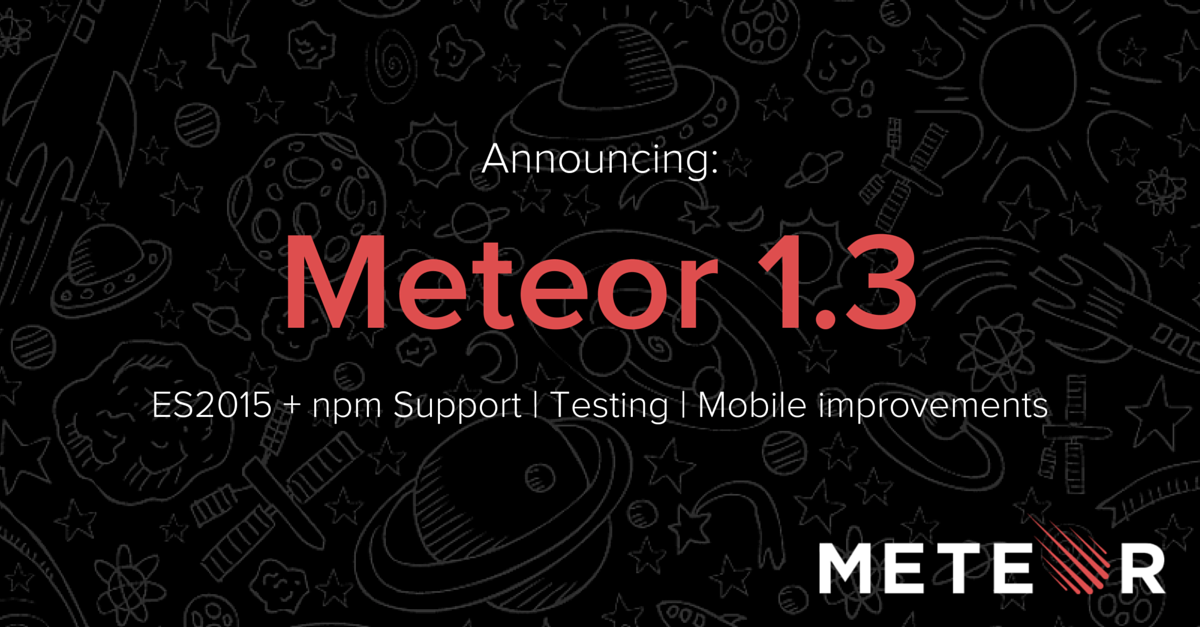 The open-source JavaScript application platform Meteor announced its latest release: Meteor 1.3. This release is focused on helping teams with production applications manage, scale and test their Meteor codebases. It will also help the Meteor team to continue to align the Meteor platform with the innovations in JavaScript.

This is the first time Meteor is publishing the Meteor Guide alongside the release. The guide contains specific recommendations about best practices for building Meteor apps. A full list of features is available here.

“Agile data-driven application development requires data scientists to work in perfect sync with DevOps, but these teams lack a unified platform to connect their separate workflows,” said Ali Ghodsi, CEO of Databricks. “The addition of Databricks APIs will enable these constituents to work seamlessly in one platform, allowing them to act on hidden insights from their data and create unique competitive advantages for the business.”

In addition, Google’s V8 JavaScript engine team will be working on improving the Node.js development workflow.

Changes to npm’s unpublish policy
Last week, many npm users suffered a disruption when a package that many projects depend on was unpublished by its author as part of a dispute over a package name. The event raised some concerns by users, so npm decided to incorporate feedback from the community to change the unpublish policy.

When a user tries to unpublish a given package@version:

More information on npm’s new policy is available on its blog.