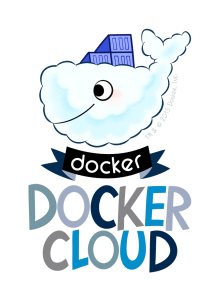 The Docker Cloud was made available yesterday. It’s a new cloud service by Docker that expands on the features of Tutum, bringing a tight integration with the Docker Hub and also providing updates and fixes.

Docker Cloud is where developers and IT ops meet to build, ship and run applications. With the Docker Cloud, developers can deploy and scale any application to the cloud. They can also continuously deliver their code with integrated and automated build, test, and deployment workflows. With the cloud, access is given to the service programmatically via a RESTful API or developer friendly CLI tool. The cloud also allows developers to get visibility across all of the containers across an entire infrastructure.

The team has been working to build native integration with Docker Hub, Docker ID, official Docker repositories, commercially supported Docker Engine (CS Engine), and adding a new forum for all Docker Cloud discussions. The team is focused on delivering new features in the next few months, including expanding the Docker platform capabilities as a service in Docker Cloud.

React.js free fundamentals course
For those who are new to React.js, there is now a free course to help them get started. Enrollees will be able to learn the basics, along with the React ecosystem and how to build applications.

The course is made up of 12 lessons, and each is made up of three sections. The first section is an introduction to each topic outside of the context of any real-world example. The next is a video lesson where enrollees build a project. Finally, there is a quiz testing what they’ve learned.

After finishing all 12 lessons, a GitHub repo is given to the enrollee with instructions. The course is entirely hands on, and building apps is a big part. A solid understanding of JavaScript will help with this course.

Google Play Developer Policy Center gets an upgrade
The Google Play team has redesigned its Developer Program Policy Center to communicate its policies with transparency and clarity. The team said that they listened to developers and users to maintain fair and defined policies, and they are looking for new ways to improve how they communicate these policies so developers can avoid “accidental pitfalls.”

Open-Source Yearbook 2015 is available for download
The open-source label was created back in 1998, so there is much to flip through on Google regarding its history. As a way to show snapshots and the diversity of open-source communities, opensource.com created the Open Source Yearbook.