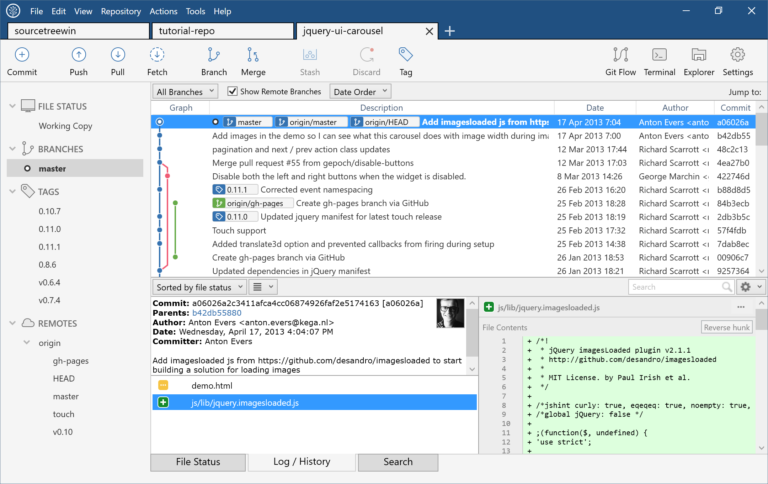 One major change developers will see in SourceTree is its new design. Atlassian changed the user experience so it has a “modern look and feel,” plus it overhauled tabs to improve developer’s repository browser experience. Atlassian added improved workflow for common operations, as well as increased performance by refactoring the bookmarks sidebar.

Other developers voiced concerns about the performance in SourceTree on Windows, so Atlassian added a hybrid LibGit2 handler under the hood for most git operations, which improved performance by almost two times, said the company in a blog post.

In order to help with the issues of working with large repositories, Atlassian added Git Virtual File System (GVFS) support so developers can utilize SourceTree with Git repositories. Microsoft introduced GVFS in February of this year, and it virtualizes the file system beneath developers’ repositories. The benefit of GVFS, according to Microsoft, is it makes the repositories appear as though all the files in the repo are present, but it only downloads a file the first time it is opened.

“For those working on large repositories that typically deal with a small section of the codebase, using GVFS means you only download what you need rather than the entire repository,” reads an Atlassian blog. “This in turn results in faster performance for common operations like checkout and status and improves the experience of using Git as a whole.”