What GitHub’s numbers say about its projects

GitHub yesterday posted a new blog entry detailing some statistics it gathered from the open-source projects hosted on its site. The report, written by Arfon Smith, program manager for open-source data at GitHub, and gives insight into how and why people contribute to open-source projects.

Topping the blog entry was a chart detailing repository activity as a function of total contributor count. This graph showed that single-person projects tend to be just that: one-person affairs with few pull requests or comments. Issue reports are lower for single-person projects, but not completely invisible, meaning that users report issues even on smaller projects.

The more contributors a project has, however, the more comments and conversations arise around that project. Even when pull requests begin to plateau at around 100 total contributors, comments continue to increase despite a tapering off of submitted pull requests.

The data also covers some specific projects, such as EmberJS and Microsoft’s Roslyn .NET compiler platform. That latter saw a humongous uptick in interest, comments and pull requests the day after Microsoft made it available as open source. Activity on it jumped from under 100 events to more than 6,000 a month later. 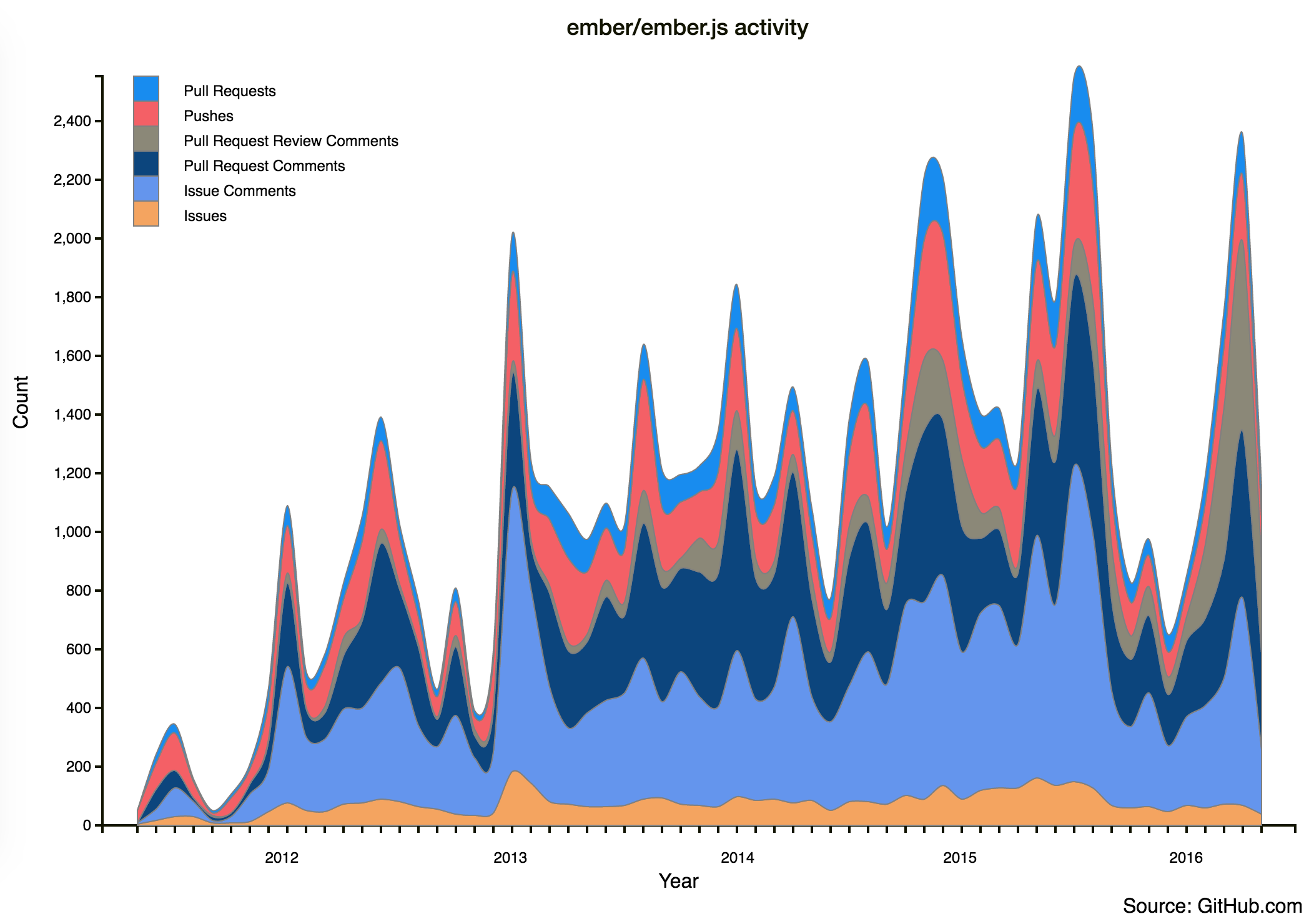 Similarly, GitHub’s Atom saw a burst of interest overnight when it changed from closed to open source; contributions there went from less than 1,000 items to more than 3,500 within a month of the open-source release. 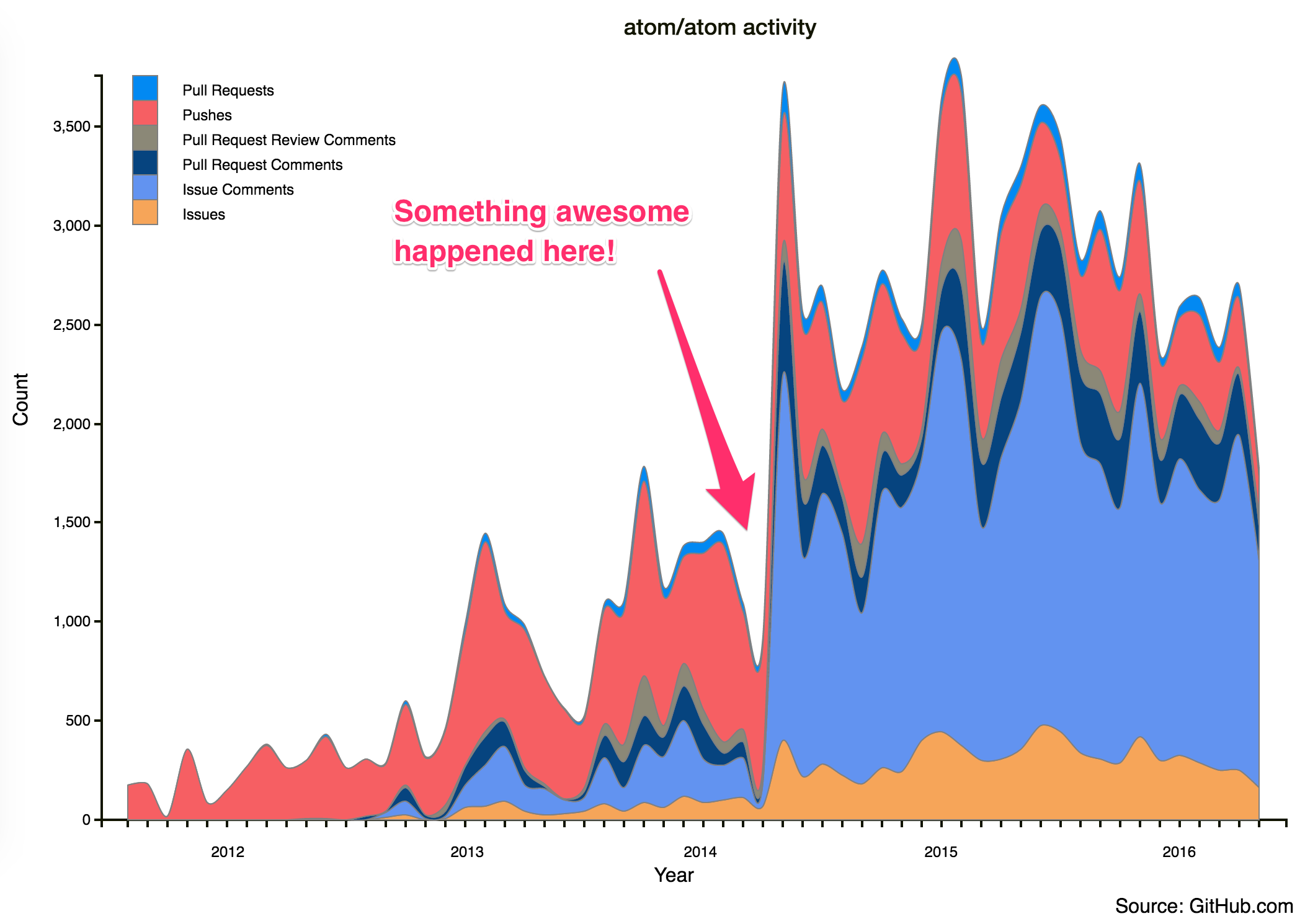