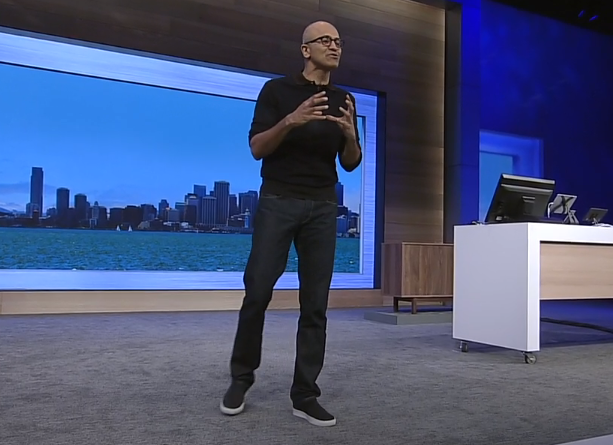 Microsoft today announced the availability of a new IDE built to run on Linux and Mac OS at its developer-focused Build conference, held in San Francisco.

Scott Hanselman, principal program manager with Azure, debuted Visual Studio Code, a cross-platform IDE that runs on Linux and Mac OS. It includes many of the features developers have come to expect from Visual Studio, such as code correction, debugging, and automated deployment to the cloud. Visual Studio Code will be available later today as a free tool.

Hanselman demonstrated the tooling built into Visual Studio to help support the deployment of cloud applications. He showed the built-in Android emulator inside Visual Studio, then went on to break the platform barrier.

Scott Guthrie, executive vice president of cloud and enterprise at Microsoft, highlighted his company’s new cross-platform strategy for the cloud. Heading up that strategy is Microsoft’s new partnership with Docker. Announced last year, the two companies have begun working together to bring Docker support to Azure, and to ensure that developers can orchestrate multiple containers across multiple applications and platforms. Guthrie said that Microsoft Azure allows for the construction of applications built from both Windows and Linux containers, and allows them to easily work together.

For Azure, Guthrie announced new capabilities for Azure SQL Database. This Database-as-a-Service will soon include access to an elastic database pool, which will allow SQL databases to be replicated and scaled up across multiple data centers. Guthrie said that SQL Database will also soon have elastic query capabilities and full text search capabilities.

Guthrie went on to detail Microsoft’s analytics offerings within Azure. The new SQL Database service allows developers to spin up SQL data warehousing on demand, and to run machine learning on top of that data. He said this data warehousing offering can hold up to the petabyte range of data.

The new SQL Data Warehouse features tie directly into Microsoft’s newly announced analytics services. The integrated business intelligence tools can be used to find trends, prepare machine-learning algorithms, and even to assess risk. Data can be imported from SQL databases, from Oracle or SAP on-premises databases, and even from Hadoop.

Guthrie took the fight directly to Amazon Web Service’s Redshift, the clear competitor for the Azure SQL Data Warehouse product. “Unlike Redshift, this allows you to increase or reduce the amount of compute you need in seconds,” he said.

“In Redshift, it can take hours or even days to resize your data warehouse. Redshift does not have the ability to pause a cluster. Azure SQL Data Warehouse can be turned off so you’re only paying for storage. It can also be deployed and run from an on-premises environment.”

Guthrie also announced a new data lake service within Azure. This data storage service can hold data in its original form, and can store and analyze up to an exabyte of data, said Guthrie. “The service provides built-in enterprise-grade security support. enabling you to secure and lock down anything stored inside,” he said. The new data lake service supports the Hadoop File System, meaning developers can use existing Big Data tools to access that information.

“Azure now has…the richest analytic capabilities of any cloud and enables you to build highly differentiated apps for your customers,” said Guthrie.