LAS VEGAS — In front of thousands of attendees during a packed keynote to open Microsoft’s SharePoint Conference 2014 here, executives reiterated the company’s emphasis on the cloud as a core pillar of its future strategy.

But unlike at the 2012 event, there was not a lot of pushback. That’s likely because since then, organizations have started to experiment with SharePoint online or Office 365 and found benefits. The cries of “We’ll NEVER move into the cloud” have been replaced with comments like, “We’ve rolled out a hybrid solution and found some savings.”

Jeff Teper, corporate vice president of the Office Service and Servers group, said the cloud is key to transforming how people work, and he noted that the company has delivered 75 new features to Office 365 in the cloud.

After pointing out that the value proposition behind the first phase of Office 365 was economic, the message today is one of transforming the user experience by doing things like connecting the Yammer social software across the Office 365 suite of products, by leveraging Big Data and delivering tools and information to mobile devices.

Microsoft has rethought the portal experience and demonstrated the “Oslo” layout, which delivers to users the information (a work item completed, a discussion around that, a document update, a group being followed) that is most relevant to that person at that moment. “It’s an immersive way to navigate information,” Teper said.

Among other things announced here by Microsoft:
• A new open-source SDK for Android, which will be available at GitHub
• A bigger role for Access as part of Office 365 for building cloud-based apps
• New work in data-loss prevention and mobile device management for IT pros

And, for users who do not intend to move their intellectual property into the cloud, Teper announced that the next version of on-premise SharePoint Server will be delivered some time in 2015.

Preceding the Microsoft presentation, former U.S. President Bill Clinton charmed and inspired the audience of about 10,000 attendees with a discussion of how technology can transform the world—for better or worse.

Clinton now heads the Clinton Global Initiative, and works closely with the Bill and Melinda Gates Foundation to improve the lives of people around the world by teaching them farming techniques, responding to crises and increasing financial growth.

Clinton described a world that is growing more interdependent—“We can’t get away from each other,” he said—and that all citizens need to participate in that world to increase the positive impact of technology and reduce the negative.

On the positive side, technology helped raise US$1 billion in aid to victims of the Asian tsunami, with a median contribution of $56, mostly donated via the Internet. Six years later, another billion dollars was raised after the devastating earthquake in Haiti. But the median donation dropped to $25, mostly donated via mobile texting, where donors could check of a box for $5, or $10. Technology “has revolutionized the world of disaster response, and has given citizens global influence they might not ever have had,” Clinton said.

On the negative side, technology has led to roadside bombs, smuggled centrifuges for generating the energy required to make nuclear weapons, and facilitated the travel of bacteria that are finding people who have never been infected with it before, leading to loss of life.

Clinton could not let the chaos in Ukraine go unmentioned. On why Russia is intervening there, he said, “The loss of the Warsaw Pact, the loss of the Communist system, the painful economic weakness Russia went through in the aftermath of the Cold War, left a longing in its people and president [Vladimir Putin] to create a 19th-century system of empire. But it’s a zero-sum game. We have to find ways for everyone to win.

“What you see in this conflict is not the only Russia there is,” Clinton continued. “Will the welcome they provided to a Korean skater and an American skier be the way they do well in the modern world? They have university students placing in the top five in the world in solving complex science problems. Why shouldn’t that inform their identity?”

Clinton cited three major problems facing the world today: a huge inequality in wealth, using resources that are not sustainable, and political and financial instability.

Yet he remains optimistic about the future. “On balance, the technology revolution has fostered more cooperation than conflict. It is, after all, just a tool that can be used positively or negatively. Wherever the dominant form of social organization is identity-based conflicts, good things are not happening. But look at the advance of gay rights. Young people think of their identities as inclusive, not exclusive. And that gives me hope.” 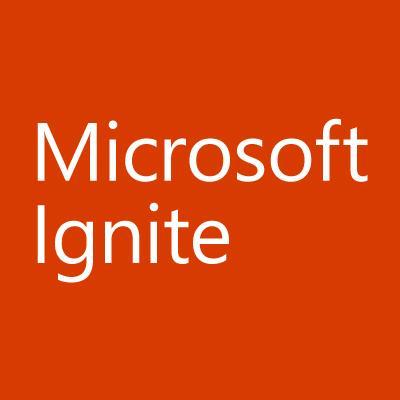