Black Duck Software has completed two recent acquisitions with the intent of making available more information about open-source software and promoting its use.

With the reported US$3 million acquisition of Ohloh from Geeknet in early October, Black Duck has added to its portfolio a comprehensive, free site for developers to keep track of open-source projects, according to Peter Vescuso, Black Duck’s director of marketing. Ohloh.net is a website where developers can find open-source projects, compare them to others in the same or similar areas, and communicate with other developers.

“We want to partner and collaborate with forges; we don’t want to get in the way of a project and its community,” Vescuso said.

Along with the acquisition, the company announced the hiring of Sara Ford as senior product and community manager for Ohloh. Most recently, Ford was at Microsoft, where she led the effort on Codeplex forge in an environment not usually supportive of open source, Vescuso said. Part of her mission at Black Duck will be to enlist more projects for the site. She’s been working with open-source project teams and contributors since 2006.

“We went out to the open-source community to find out what works and what doesn’t,” she said. “We found people to be very receptive.”

Adding to the package is the Nov. 16 acquisition of the assets of SpikeSource, software that automates application component identification and assesses potential security vulnerabilities. The SpikeSource Solution Analyzer, according to a company announcement of the deal, “helps developers understand what’s in an application through binary scanning.” Solution Analyzer connects to SpikeInsight, a cloud-based service that provides guidance on compliance, compatibility and remediation issues, the company said.

Synopsys reveals its open-source rookies of the year 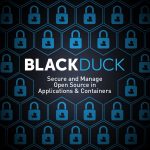