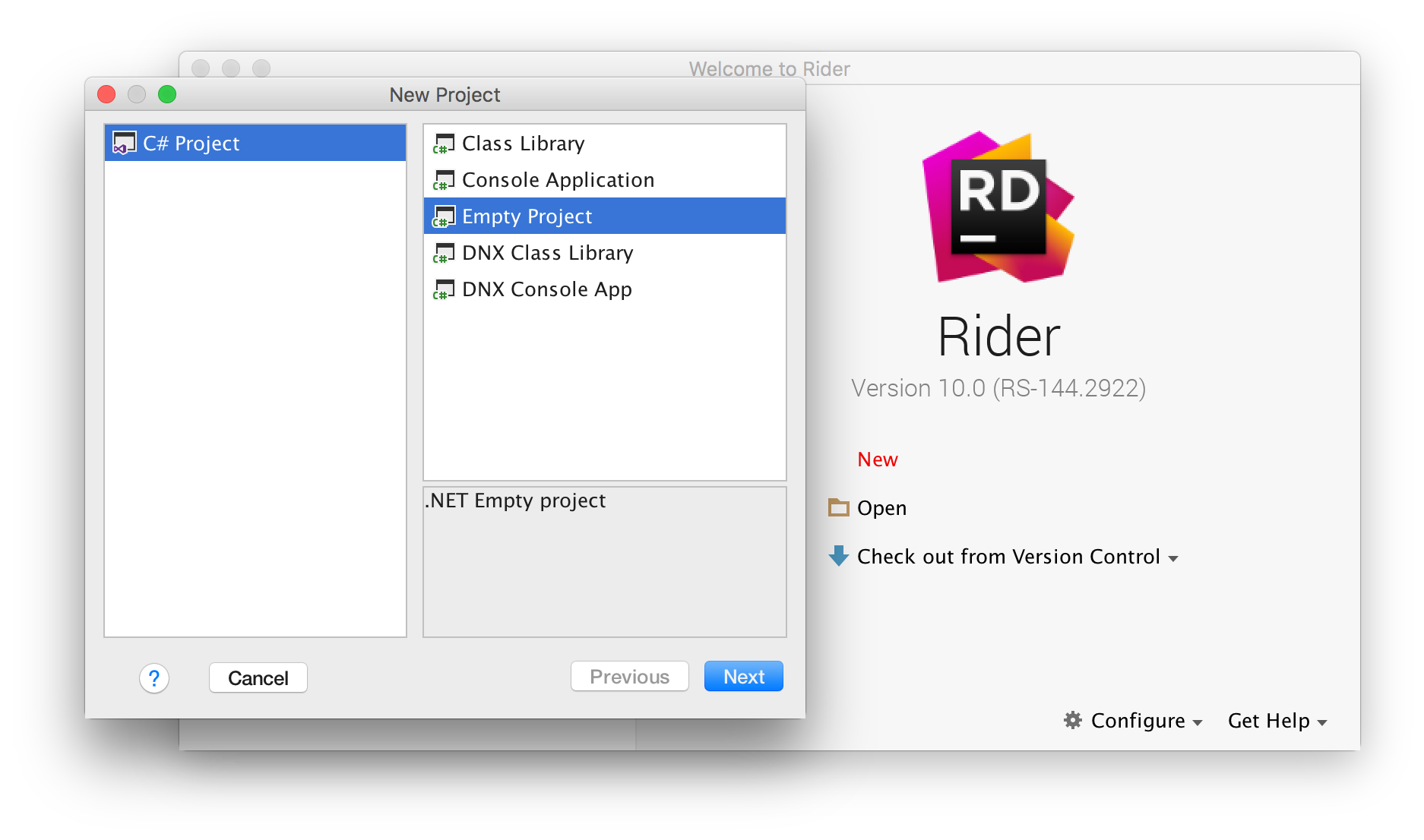 This week, JetBrains announced a new project that has been in the works for a while. Called Project Rider, it’s a cross-platform C# IDE, based on the IntelliJ Platform and using ReSharper technology.

The IDE includes functionality that will be familiar to those that have used ReSharper and IntelliJ-based IDEs, like Quick Fixes, Inspections, and Smart Navigation. While ReSharper is hosted inside of Visual Studio, Project Rider is a full, standalone IDE.

Though Project Rider is in its early stages, the following features are already available, and a full list can be found on JetBrains’ blog:
• Navigation, which integrates with IntelliJ Platform’s “Search Everywhere” feature to go to symbols, types, files and even search in settings and actions.
• A range of smart editing features, from typing assist (such as inserting braces and automatic formatting) to Live Templates (including ReSharper 10’s postfix templates), quick info tooltips, and gutter icons for inheritance navigation, context actions and more.
• Inspections, most of which are supported by ReSharper, are displayed as errors, warnings, suggestions and hints in the editor. This includes red code for unresolved symbols, and underlined highlights for code issues.
• Refactorings, most of which require a user interface of some kind. “Project Rider can rename symbols and introduce/inline variables, as well as rewrite code in response to Alt + Enter on an inspection highlight,” according to the blog.

“We believe these changes balance the needs of small businesses and organizations that want to take advantage of the free Windows 10 upgrade offer to do so more easily, while providing organizations of all sizes the tools and controls they need,” wrote Matt Barlow, a Microsoft general manager, in a blog post.

New Web app programming language
If Ruby and React had an “indentation-based lovechild,” this is what it would look like. Imba is a new programming language for Web apps. It compiles to highly performant and readable JavaScript, and has language-level support for defining, extending, sub-classing, instantiating and rendering dom nodes. According to its website, for a semi-complex application like TodoMVC, it is more than 10x faster than React, with less code and a smaller library.

Imba inspiration comes from Python, React and Ruby together in a “clean” language and runtime. Developers can build their application views using Imba’s native tags for performance.

Imba can be found on GitHub.