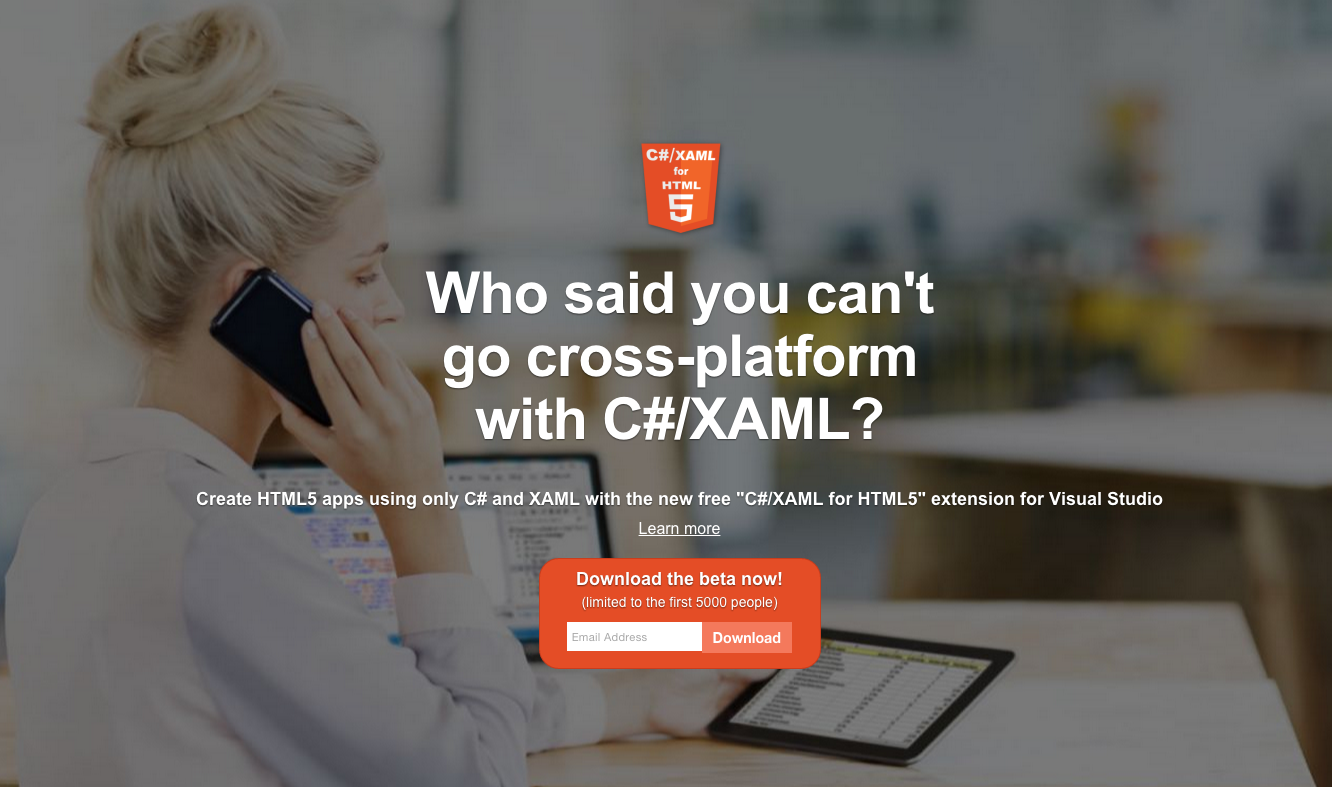 As standardized HTML5 ascends to Web development dominance, developers all across the spectrum are looking for ways to leverage the markup language. Now, a free extension for Visual Studio gives C# and XAML developers a way to code HTML5 apps from the comfort of Microsoft’s IDE.

CSHTML5 (also known as C#/XAML for HTML5), a free extension from software company Userware (creator of the Wiki-OS.org software development encyclopedia and repository), recently entered its third beta, adding support for Windows Communication Foundation, SOAP and REST APIs. According to Userware CEO Giovanni Albani, the company’s goal was for C#/XAML developers to be able to build their first HTML5 apps without a steep learning curve.

“CSHTML5 is like Silverlight for HTML5,” said Albani. “It is a free Visual Studio extension that allows developers to build client-only rich Web or ‘single-page’ apps completely in C# and XAML, without having to write any JavaScript, HTML, or CSS.

“When you create a new CSHTML5 project, you get the same source files as in a Silverlight or WPF project, such as ‘App.xaml’ and ‘MainPage.xaml.’ You can then take advantage of the same familiar features of Visual Studio, including IntelliSense, refactoring, debugging, source control, and more. When you click ‘Start,’ the app starts natively in the Web browser.”

CSHTML5 allows developers to port their Silverlight or desktop apps to the Web and to mobile devices, with target platforms including Android, Chrome OS, iOS, Linux, OS X and Windows. As platforms and tools such as Flash and Microsoft Silverlight have given way to HTML5 for cross-platform development, the idea for CSHTML5 grew out of Userware’s own desire to port its C#/XAML-based apps to Android, iOS and the Web without abandoning its investments in Microsoft’s client-side technologies.

“Those who spent many years learning Silverlight and other C#/XAML technologies did not want to throw away their know-how to move to Objective-C, JavaScript or other technologies,” said Albani. “We think that C#/XAML developers should be able to reach all platforms without sacrificing the languages and tools they like.”

CSHTML5 is a free extension based largely on the JSIL open-source library, which it uses to compile C# to JavaScript. Currently the extension also relies on non-open-source components, particularly in regards to its Visual Studio integration.

According to Albani, Userware is working to add full CSHTML5 integration for Apache Cordova and other licensed third-party components, and will endeavor to release as much open-source code as possible while also maintaining its CSHTML5 Professional edition for enterprises.

Since launching its first beta several months ago, the extension has registered more than 3,600 testers. The current beta phase is focused on smoothing Visual Studio integration; full compatibility with C# and XAML (particularly in terms of Silverlight); and adding features driven by developer feedback. New beta versions are planned on a six-to-10-week release schedule.

The extension currently supports approximately 90% of C# 5.0 features, as well as plans for support for Visual Studio 2015 and C# 6.0 upon release along with exploring the possibility of support for third-party component libraries. Albani mentioned ComponentOne, Infragistics, Syncfusion, Telerik and Xamarin.Forms as tooling providers CSHTML is considering support for.

“C#/XAML development with Visual Studio provides a much more integrated, unified and standard programming model than many HTML5 development alternatives, where frameworks are often fragmented and developers need to find their way through a myriad of JavaScript libraries,” said Albani. “We never make any layout calculations in JavaScript. As far as C# is concerned, whenever possible we convert all the core types and methods to their equivalents in JavaScript, usually also compiled just in time by modern browsers.”

More information about CSHTML5 can be found here.