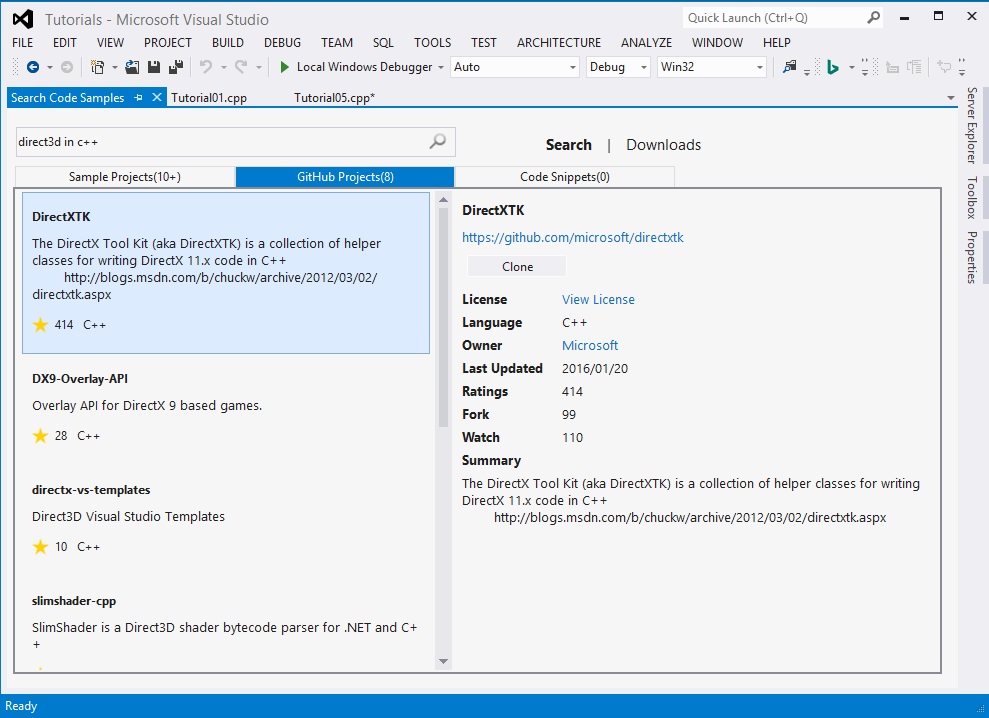 “Developer Assistant now offers contextually aware web-powered solutions for C++,” wrote Anuj Jain, program manager for Bing tech experiences at Microsoft, in a blog post. “Developer Assistant for Visual Studio is a productivity plugin that brings the combined power of Bing search capabilities and your development environment to solve your day-to-day developer problems. With the addition of C++, we are opening up new possibilities for millions of C++ developers on Visual Studio.”

In addition, the company is open-sourcing code samples from specialist C++ domains in order to give developers a variety of options.

With C++ support in Bing Contextual Search, developers can search for help through keywords and compiler errors, and get results right in their IDE.

The company said that if developers are using VS2015, the feature will only work within the IDE, and it won’t work for compiler errors.