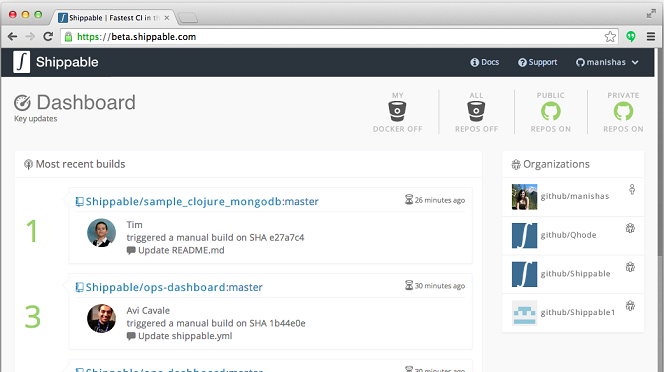 Cloud-based Continuous Integration is a scary proposition, what with all the security breaches in the news lately. For enterprises that aren’t prepared to completely commit to cloud-based CI and Continuous Delivery, Shippable has released version 2.0 of its self-titled CI platform today, which for the first time includes the ability to deploy in hybrid or full on-premises models.

Shippable began as a company in 2013, and quickly latched onto Docker as a way solve CI problems targeted at its founding. Today, Shippable offers a completely cloud-based test and deploy structure designed to pull code from BitBucket or GitHub, run the necessary tests, and pass the application through for hosting in Amazon or other services.

This new version offers Docker Hub integration as well, said Avi Cavale, CEO and cofounder of Shippable. This enables users to pull their code from GitHub, pop it into a Docker Hub container, test it through Shippable, and deploy it to Amazon Web Services without any outside control mechanisms.

This new version of Shippable will allow enterprise developers to replicate this same process while doing all building and testing behind the firewall, Cavale said. This should help ease the worries of corporate IT, he added.

Shippable 2.0’s basic usage account is free, with multiple payment levels based on the number of applications and builds used. Additionally, 2.0 now offers a single-tenant option for teams that can’t live in a multi-tenant world.