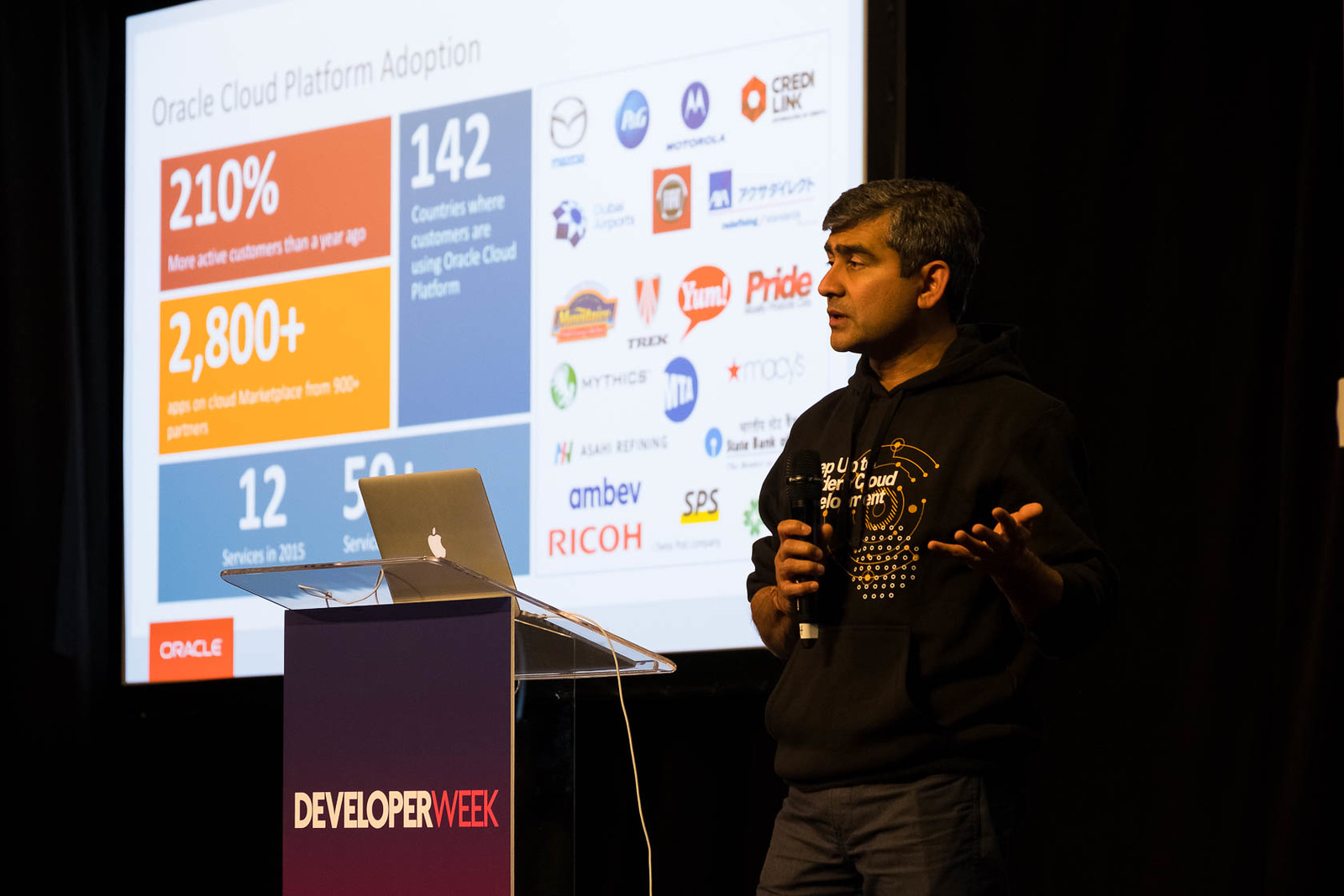 At DeveloperWeek 2017 in San Francisco yesterday, Oracle’s Amit Zavery, senior vice president of Oracle Cloud Platform, delivered a keynote address focused on the company’s cloud offerings and services. The keynote precedes the commencement of a 20-city tour by the company in support of its cloud offerings.

Zavery focused heavily on the paths available to developers for building modern applications inside Oracle’s cloud. He said he hoped to show developers what the next generation of cloud applications will look like.

In the Oracle Cloud Platform, said Zavery, developers can “build a microservice in a polyglot-based environment so we can deliver this as well as services delivered as APIs. [They’re] able to design, test, document and use those things, secure and monetize those APIs and make sure those are avail to anybody who wants to reuse those.”

Zavery said that developers could use the Oracle cloud to construct applications that scale to the size of WhatsApp, and suggested that such an application would be empowering to enterprises. He also discussed the importance of chatbots.

Oracle will begin its 20-city tour on March 1. The event will be called Oracle Code, and will be a free mini-conference focused on using and enabling enterprises through the Oracle Cloud Platform. DeveloperWeek continues today in San Francisco on Pier 27.