Industry Watch: Column as a service 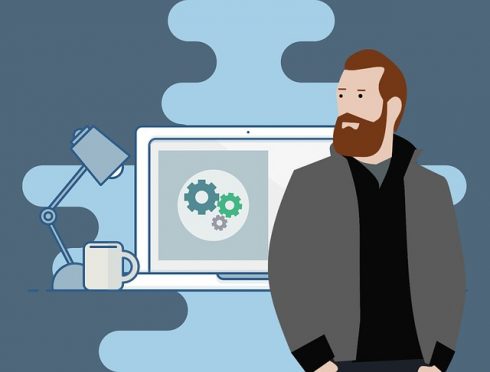 As cloud services become more granular, more functionality can be had “as a service.” Two new interesting services caught my eye, and so I present this column as a service to you, dear readers.

The first is “failure as a service,” which sounds counterintuitive. Wouldn’t people rather have success as a service? Most would, I’m sure, but then there are testers.

The notion of failure as a service stems from chaos engineering, in which you inject harm to find weaknesses in your software and build up its strength. “But it’s hard to break things in a thoughtful way that is safe and secure,” Kolton Andrus, the CEO and founder of a company called Gremlin, told me in a recent conversation. “We take the concept of breaking things, but add in safety. We have a button to revert back to the previous state, which is important to make users comfortable.”

Andrus began his journey into failure at Amazon, where a decade ago he was part of the team responsible for the retail website’s availability. “Saving downtime was key,” he explained. “We used a chaos engineering approach to proactively prepare” for outages. “Then Netflix came out with the Chaos Monkey, and I went to Netflix because they were talking about it publicly.” While at Netflix, he helped work on F.I.T., the next-generation platform that offered a more precise failure injection service.

Apply this now to the need for resiliency in a services world. What does your organization do if each microservice your application relies on suddenly disappears? Andrus called the need for API resiliency “one of those unsung heroes.” The Netflix API, he said as an example, “is so much more important than the interface. If PlayStation goes down, the service still runs everywhere else.”

Further, he said, keeping data correct is also a challenge. “You have to test the deployment to see if the data is correct. Failures that involve corrupt data are harder to diagnose and fix.” Gremlin, he said, is designed to test APIs. “It’s an important aspect that hasn’t gotten enough attention.”

It was Forrester Research that coined the second “as-a-service” to be addressed here. That is “insight as a service.” A company called Panoply.io has created a platform that enables organizations to spin up data warehouses in which data is coalesced and optimized, ready to be visualized by third-party software. Machine learning and natural language processing are important parts of the platform that help organizations understand the data at its sources.

Historically, manual labor was required to accumulate data and analyze it so business executives could make informed decisions. The skills of data engineers, server developers, DBAs and data scientists were required. Using automation and the cloud, insight-as-a-service can save organizations hours of coding, debugging and research.

The Panoply platform integrates with 100 different data sources, most any database provider and what Harris called a growing list of cloud providers. Harris specifically discussed integrations with Chartio and Stitch, which enables data input, warehousing and visualization to happen very fast, with no code required. “These things typically required querying and scripting, but now so much of it is simple drag-and-drop,” he said.

Those integrations offer organizations the Automatic Cloud Data Stack, a pre-assembled stack that performs ETL, provides a data warehouse where data can be coalesced, AI-enabled query learning, business intelligence and visualizations of the data, Harris explained. “This way, organizations don’t have to try to figure out which tools to choose from the Swiss army knife,” he added.

In the stack, users of Chartio BI platform choose the data source they want, which then flows through Stitch’s ETL pipeline and into Panoply’s data warehouse, finally into Chartio’s cloud analytics solution.

Both of these services — like most cloud services — save organizations the cost of building, updating and maintaining the solutions on-premises, and free up their developers and administrators to add more value to the organization.

This has been my column as a service to you! I’m sure we’ll be writing about more and unique “as-a-service” services as they’re turned loose on a suspecting public!